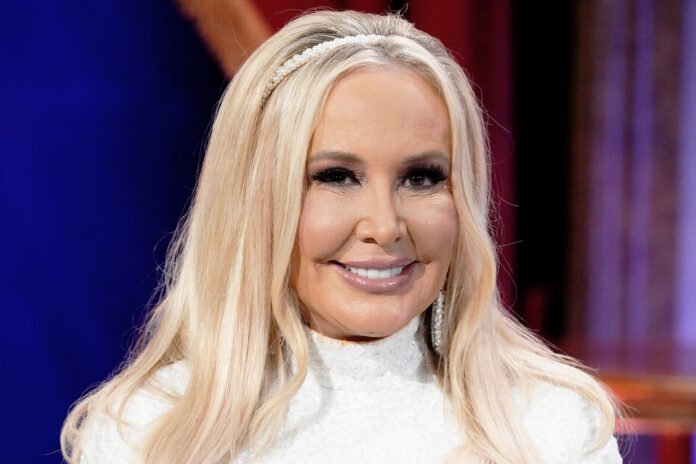 At The Real Housewives of Orange County Season 15 reunion, Shannon Storms Beador had a noticeably different look. Following the episode airing, the RHOC mom took to social media last January to explain that her altered appearance was due to fillers, and she wasn’t happy with the result. “I’m having a really difficult time looking at myself,” Shannon shared at the time.

The December 15 episode of The Real Housewives of Orange County offered an update on how the mom of three has been feeling since. “Last year, I put six vials of filler in my face,” Shannon explained in her interview, which flashed back to a photo of her at the Season 15 reunion. “Everything plumped up, and I still can’t recognize myself.”

During the episode, Shannon visited Newport Beach’s Jenn Rosenfeld Aesthetics in an effort to get back to her pre-filler look. “I want to try more dissolver,” she told the aesthetician. It seems dissolving the filler has been helping: “I did smile in the mirror yesterday, and I noticed it is better,” the Real for Real CEO and founder noted.

In January, Shannon opened up about why she decided to get her cheeks injected in the first place. “I wanted to look good for the reunion so I went elsewhere to try a couple of natural and non-invasive treatments that have been very effective in tightening people’s skin, but it didn’t work at all on my skin,” she explained in a January 21 Instagram video.

“So, as the reunion was around the corner, it was suggested that I try a natural filler in my face and in my cheeks that stimulates the growth of collagen. And I was running out of time, so I said, ‘Okay, go ahead and do it’ — without doing the research and without thinking it through like I usually do.”

Want more The Real Housewives of Orange County? New episodes air Wednesdays at 9/8c or catch up on the latest season through the Bravo app.