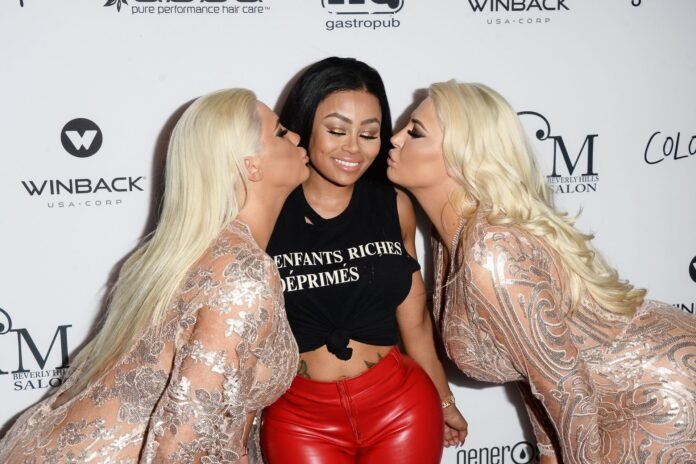 Kristina and Karissa Shannon, otherwise known as The Shannon Twins, haven’t stopped baring all over on social media. It comes just seven years since they made their Botched debut to fix plastic surgery gone wrong.

Their boob and nose jobs hadn’t quite gone to plan, which is why the siblings first entered the Botched clinic. More recently, they shared their past relationship with Hugh Hefner on A&E’s Secrets of Playboy.

Looking through their social media today shows just how body confident they’ve become as they’ve gotten older. Now, they certainly aren’t afraid of posing for a photoshoot since Dr. Dubrow and Dr. Nassif worked their magic.

The Shannon twins on Botched

Kristina and Karissa first entered the Botched clinic in 2015, when the Playboy alumni and “Girl Next Door” sisters asked for Dr. Terry Dubrow and Dr. Paul Nassif to help them fix their breasts and noses after surgery gone wrong.

During their time on the show, it was discovered that they no longer look alike after going under the knife. They explained they had been criticized for their “small boobs” and noses, which is why they had the surgery done.

They went on to say their noses had been “pumpkin-carved” during the procedure, which is why they needed the help of the E! doctors. The siblings, who famously entered the Playboy mansion in 2008, wanted to fit in from a young age.

Feeling self-conscious, they were sent to what they now call the “clone machine” (the plastic surgery they previously attended) which led to their then “pinched nose” appearance which they thought looked too fake.

The twins had no cartilage left in their noses after their first plastic surgery experience. Kristina and Karissa also admitted they have had five boob jobs in total, all done by the same doctor.

Thanks to the help of Dr. Nassif and Dr. Dubrow though, the Shannon twins’ breasts were evened out and shrunk, while a cartilage was placed back into their noses, returning them to a more “natural” look.

They had spent over $80,000 on surgery before their E! debut. Then, to go ahead and perform their successful nose reconstructions, Dr. Nassif had to harvest cartilage from both girls’ ribs.

More confident than ever

Despite facing backlash from some Secrets of Playboy viewers who at first didn’t recognise them, Karissa and Kristina continue to share raunchy pictures on their social media pages. This shows just how confident they are.

They detailed how they never tend to cover up their bodies on a recent IG post. Kristina tagged her sister and wrote:

Like you said, this is probably the only time someone will ever see us on the Beach with oversized business shirts on and shoes, lol. It’s still winter though and we did make it look cute.

Karissa responded: “I know right. Growing up, we lived in our bikinis.” So although they’ve hinted that perhaps they don’t bare all in public like they used to, this hasn’t stopped them from baring their bodies on Instagram.

WATCH BOTCHED ON E! EVERY TUESDAY AT 9/8C

With a little TLC, Vanessa Cross has smashed her weight loss aims