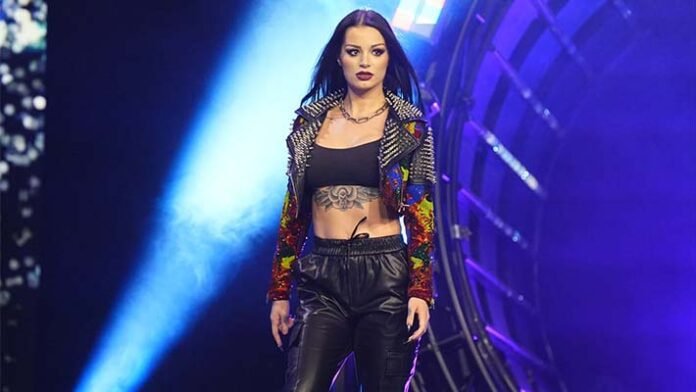 AEW star Saraya responded to a fan who accused her of having plastic surgery on her face.

The former WWE star made her AEW debut at last September’s Dynamite: Grand Slam event and has since had two matches with the promotion.

On Instagram, a fan claimed Saraya had plastic surgery, writing, “Wait, there’s so much work I thought this was Nikki Bella.”

Saraya went along with it and asked what work she had done, to which the fan replied, “Well, since I watched season 1 of (Total) Divas, the chin, the nose, def filler and Botox.”

She then responded by posting a photo of herself at the age of 15 with the caption, “Thank god I got that ass chin surgery and cheek filler you say I got. Busted – you got me.”

Saraya found the idea that she had received face surgery hilarious in response to a Daily Star article about the interaction. She stated, “Hahaha It’s because she thought I woke up one day and voluntarily gave myself an ass chin?? “I was like,” I said.