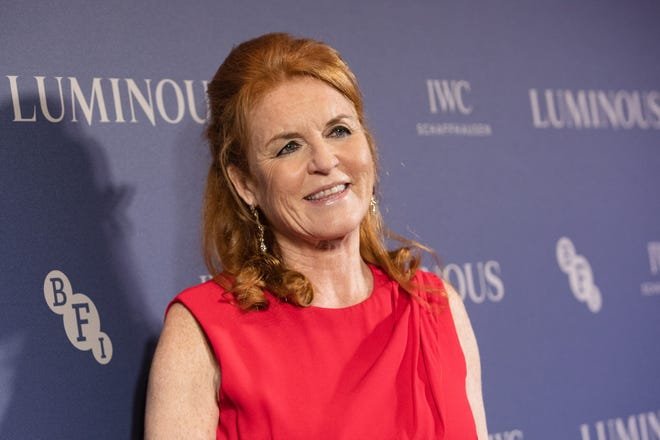 Sarah Ferguson isn’t shy about owning up to the cosmetic procedures she’s had.

The Duchess of York is about to celebrate her 60th birthday, but she’s had a bit of help looking youthful, namely from laser face-lifts, botox, fillers and even a foot job.

In an interview with the Daily Mail, Ferguson said she gets a procedure called the ultimate laser face-lift, which is a non-invasive procedure performed by her friend, Dr. Gabriela Mercik. The duchess admitted to getting botox years ago because there was no other alternative at the time.

“I really don’t like the frozen look,” Ferguson told the outlet. “I’m so animated and I like to be myself. I don’t like the thought of needles and am very glad if I look well and happy.”

The royal also opened up about having done mesotherapy, a treatment that involves injecting amino acids, vitamins and minerals into the skin to make it look more taut. She also got organic fillers injected.

“I need to repair the damage that was done on the beach when I was a child. It’s why I had the mesotherapy, the vitamin cocktail to hydrate and boost the skin,” Ferguson said and noted that her father, who died, had skin cancer. “I’ve started the laser treatment, but it’s not finished yet. The collagen needs to rebuild. I hope it will all be done by my birthday.”

After the injections, Ferguson’s doctor suggested she get a non-invasive face-lift done called a thread lift. It involves inserting medical threads under the skin that pulls the face.

“Before I had it done I thought, ‘Oh this is going to be painful,’ but it wasn’t bad. My skin responded well,” Ferguson said. “I think if you look at photos of me after I had it done, I look much better.”

Ferguson’s cosmetic procedures weren’t limited only to her face and skin though; the duchess opened up about getting her feet rejuvenated as well. She said she went to the Bahamas to have regenerative stem cell therapy done. It took her six months to heal, but she notes that she can walk perfectly in heels now.

“I think my toes were ruined by all the riding I did when I was young. They shaved the bone here,” Ferguson said while pointing to a spot on her big toe. “And implanted stem cells — 20 million of them taken from my midriff — into my feet to make new cartilage.”