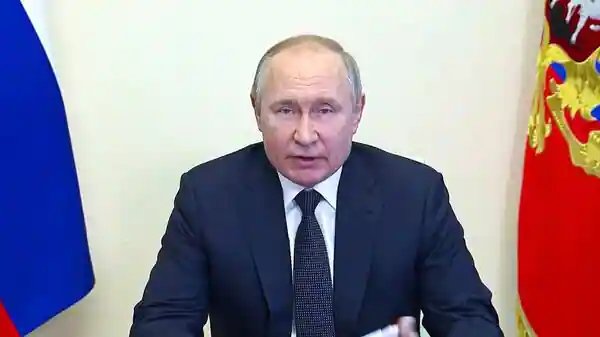 The rumours that Russian President Vladimir Putin use botox have been making rounds for quite sometimes. And with the Russian invasion of Ukraine, many jokes are being created around the rumour itself. However, even if the rumours are true, Putin might have to stop the treatments soon.

As per reports due to sanctions imposed by the West on Russia, Putin might not be able to use botox anymore. This is due to the announcements made by some pharmaceutical companies in the wake of economic punishment.

A report by Reuters said Eli Lilly and Co, Novartis and Abbvie Inc and other pharmaceutical companies said last week that they would continue to supply critical medicines for the treatment of cancer and diabetes, but will halt “non-essential” products that include botox.

Among these companies are Eli Lilly and Co, Novartis and Abbvie Inc, which according to news agency Reuters, said last week that they would continue to supply critical medicines for the treatment of cancer and diabetes, but will halt “non-essential” products.

The Daily Beast and The Guardian both had reported earlier that Putin have been using botox for quite some time.

The Guardian had reported 10 years back that Russia’s liberal New Times magazine had revived that speculation in an article titled, “What has happened with Putin’s face?”

It spoke to four plastic surgeons who contended that the Russian leader had probably had cosmetic surgery. It was likely that he had undergone Botox injections in his forehead, an eye-lift on his lower lids, and an injection of firming filler into his cheekbones.

* Thank you for subscribing to our newsletter.

What's It Like To Get A Facial? Skincare Facial Treatment Step By Step