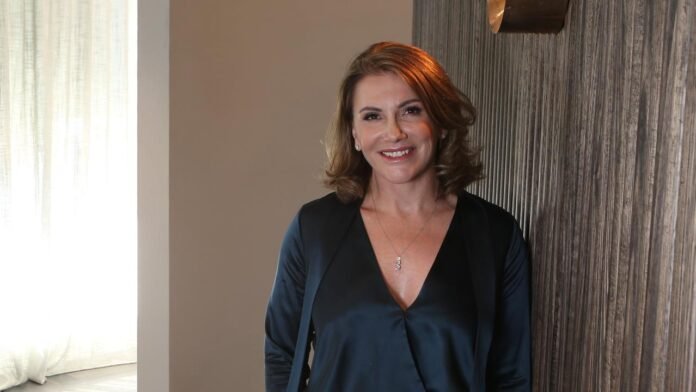 RICHLISTER Maxine Horne is looking to botox and injectables to rejuvenate her Vita Group company after the loss of its $300m Telstra retail business.

Vita will expand its chain of Artisan beauty clinics as it moves to a “new chapter” following the end of the Telstra business, which accounts for the lion’s share of the company’s revenue.

Brisbane-based Vita said it planned to roll out a national network of 70 Artisan clinics as it establishes itself at the premium end of the growing health and wellness market.

Vita announced a 27 per cent increase in first half earnings to $18.8m helped by the growth of Artisan, which offers spa treatments, cosmetic injectables and laser and light-based therapies.

Telstra announced earlier this month it was moving its retail store network to full corporate ownership by 2025, ending Vita’s 26-year agreement to run more than 100 of its outlets.

Vita shares rose 6.3 per cent to 93 cents on Friday as investors bet the company could transition successfully away from its Telstra business.

But they are still down 39 per cent over the past year, slashing the value of Ms Horne’s 29.67 million shares in the company by more than $18m.

Founded by Ms Horne and her former husband David McMahon in 1995 with a single shop on the Gold Coast, Vita now has revenue of approximately $700m.

The company, which also operates technology accessories brand Sprout, had expanded along with the growth of mobile phone ownership over the past two decades, locating many of its stores inside busy shopping malls.

But growing competitive headwinds in the market became evident in 2017 when the phone giant said it would slash payments to Vita, which at the time ran 105 Telstra stores and 23 Telstra business centres.

Ms Horne said the company’s Artisan business, which currently includes 19 clinics, showed considerable growth potential amid rising demand for health and well-being. “We are about to embark on a new chapter,” said Ms Horne. “We have significant capability in running a national, dispersed network and delivering a premium experience.”

She said the Artisan business was now profitable with consumer demand strong even during COVID-19. The billion dollar non-surgical beauty treatment industry is being driven by an increasingly affluent ageing generation and social media

“The benefit of 26 years of retail experience gives Vita confidence in its ability to establish itself as an industry leader at the premium end of the market with a national network of approximately 70 clinics.”

Revenue from Vita’s Telstra and related information and communications businesses fell 27 per cent to $307.8m in the first half while Artisan revenue grew 37 per cent to $15.1m.