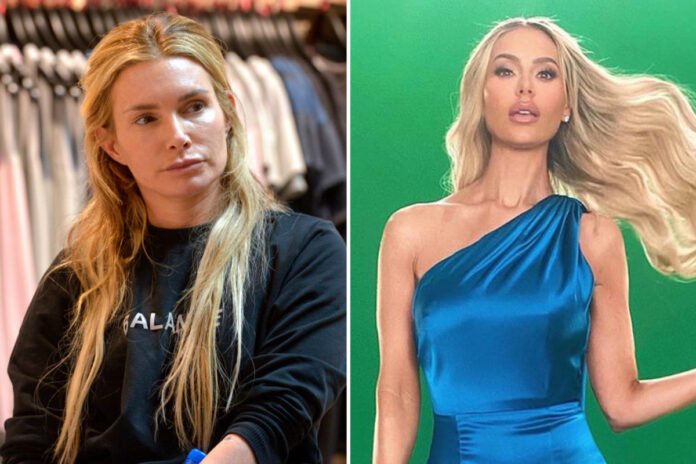 REAL Housewives of Beverly Hills star Dorit Kemsley is being called out for “overdoing it” with plastic surgery.

The Bravolebrity’s ex-costar Eden Sassoon said Dorit looking “completely different” than she did when she joined the show in 2016.

💍 Follow all our latest news & stories on Real Housewives.

Former friend of the reality series, Eden, tweeted a side-by-side snap of Dorit from her first reunion in season 7 alongside that of this season’s new tagline look.

She wrote: “Why? A beautiful woman w/ some fame & $ turns herself into a completely different character. nooooo”

Then she shared another shot from Dorit’s first reunion along with a more recent snap captioned: “NOTE TO ALL WOMEN … don’t over do it. TRUE BEAUTY IS WITHIN.”

In January a follower asked Dorit on Instagram: “Have you ever done plastic surgery?”

Dorit replied: “The only plastic surgery I’ve had done is my boobs.

“It drives me crazy when people say I’ve had plastic surgery on my face. I’ve done filler and Botox and I work with masterful makeup artists who can transform your face.

“If I ever decide to do plastic surgery, I promise I will happily share it.”

She admitted: “I’m very happy to say what I’ve had done. Because I think it’s comical when people say that I’ve had a facelift and a bunch of surgeries.

“A little botox and filler…that’s all I’ve ever done to my face.”

TOO GLAM TO GIVE A DAMN

Princess Andre, 13, risks wrath of dad Peter as she has makeover

Now you could rent Katie Price’s £1.2m home after she was blindsided by sale

Fans have previously criticized the mom of two for altering her looks, and even accused her of “trying to look like Kim Kardashian.”

One wrote: “I’m so confused, you were so beautiful the way you were, why the morphing into the Kim K?”

“Not many originals anymore. Looks just like Kim K,” another added.