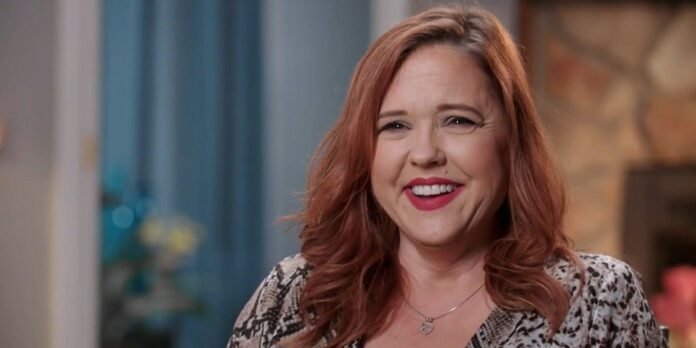 90 Day Fiancé star Rebecca Parrott has been making headlines for her relationship, but the mother recently revealed a stunning new look to followers.

Season eight of 90 Day Fiancé is in full swing, and the couples have been making headlines due to drama and rumors. But Rebecca Parrott, the American partner of Zied Hakimi, is in the spotlight this time for her well-received and glamorous makeover.

American mother Rebecca Parrott and Tunisia native Zied fell for each other despite 49-year-old Rebecca being 22 years Zied’s senior. Fans watched as Zied joined his fiancée in Georgia on his K-1 visa. So far, critics have been skeptical of Rebecca’s daughter Tiffany and her husband, Micah, for being culturally unaccepting of Zied and insensitive to his differences. However, Rebecca and Zied have established themselves as a fan-favorite couple after they first appeared on season three of 90 Day Fiancé: Before The 90 Days. Rebecca has been open about altering her appearance, with some fans believing Zied has helped to pay for Rebecca’s new look.

On January 30, Rebecca took to her Instagram account to reveal her pre-birthday makeover. The mother shared a series of photos that showed her hair before and after it received a glamorous coloring, as well as her final youthful results. “My 50th birthday is coming up on February 13th and I decided to give myself a makeover,” she captioned the photo. She credited her daughter, Tiffany Smith, with fixing her hair. “It’s FABULOUS,” she wrote. “You’re a magician!” The American also revealed she had some work done to rejuvenate her appearance. “Thank you to @idealhealthatl for fixing the asymmetry in my lips and for the Dysport injections to smooth out the lines in my face,” she shared. “Your team is incredible! (I’ll be sharing more about them soon!).” Rebecca now joins many 90 Day Fiancé alumni who have disclosed that they had some help behind their enhanced appearance through cosmetic procedures. You can view Rebecca’s makeover post below:

Judging by the comments section, fans are loving Rebecca’s new look. “This. THIS is your hair colour. It’s stunning on you,” one of the top comments reads. Rebecca revamped her fried and red-toned locks for a deep, purple-toned brunette fans are loving. “Rebecca you’re easily THE most beautiful woman on the entire series (spin-offs included),” another fan wrote. “I stan a Queen.” Others were quick to comment that the 49-year-old appears to be aging backward, as they praised her youthful appearance and complimented her make-over. “You always look stunning, but I have to say the darker hair is 🔥🔥🔥🔥 on you! Amazing job fixing your lips too, they look fantastic!” another fan wrote.

While Rebecca has had a well-received makeover, other 90 Day Fiancé stars have to dodge criticism as they deny plastic surgery and cosmetic enhancement rumors. The 49-year-old’s honest announcement appears to be going over well with fans, cementing Rebeccas as a likable cast member, even if her daughter and son-in-law are not. To see how Rebecca and Zied’s journey continues, be sure to tune in to new episodes of 90 Day Fiancé Sundays on TLC.

Next: 90 Day Fiancé: Best Examples Of Men Being Used For Money On The Show