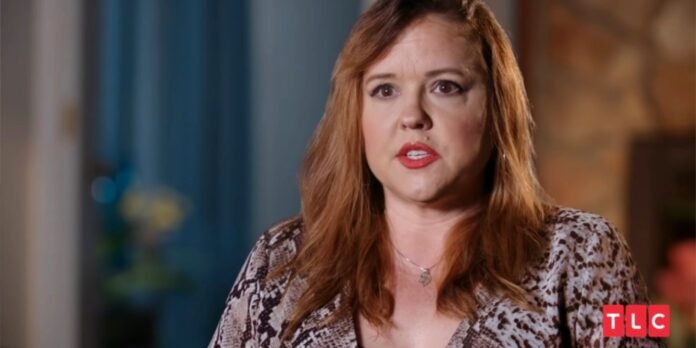 Rebecca Parrott is about to turn 50. To celebrate the occasion, she got a cosmetic procedure done on her lips. Check out her new symmetrical pout.

Zied Hakimi’s fiancée is 90 Day Fiancé star Rebecca Parrott and she’s about to start a new chapter in her life. She is going to turn 50 tomorrow. To celebrate her Feb. 13 milestone, she is spoiling herself with some cosmetic procedures. Earlier, the TLC star had weight loss surgery and surprised her Instagram follower with her slimmer figure. She is now unveiling her new, unfiltered, and symmetrical lips in her latest Instagram picture.

Many 90 Day Fiancé viewers know that Zied (who’s had his own physical transformation) and Rebecca are madly in love with each other. However, these fans think that they have to overcome some major challenges before tying the knot. For example, they have a language barrier, Zied can’t work and support his fiancée financially yet, and Rebecca’s family isn’t in favor of their relationship. Despite these issues, it appears that the couple may still be living together in the United States. It’s possible that they got married within the 90-day timeframe. A few days back, the 49-year-old Rebecca told her IG family that she is finally decorating her “empty” loft, which was recently shown on 90 Day Fiancé. She picked up a frame from a thrift store, which had the letter “Z” carved on it.

While decorating her home, the restaurant manager also splurged on enhancing her looks. She took to her Instagram and thanked the doctors at the “Ideal Health Medical Center.” She expressed gratitude to Ana and Dr. Terry, stating that she recently had a follow-up visit for her lips. She changed the look of her lips to make them “fuller and more symmetrical.” She also said she got, “a bit of Dysport injected to smooth out some of my laugh lines.” Dysport injection is similar to Botox, which is a temporary treatment to get rid of wrinkles. People have also remarked on Zied’s changed appearance lately. Check out the picture Rebecca posted on her Instagram below:

The Georgia native, who is a mom to Tiffany, is super happy with the result, which has given her so much confidence. She concluded her caption by saying, “I’ll be 50 years old tomorrow and have never felt better!” When a fan asked Rebecca about her experience with the Dysport injection, she was very positive about the procedure, saying, “I will continue to get this done. It took YEARS off!” Most of her fans were stunned to see her new picture and left tons of compliments for her. Some of the comments read, “Seriously you are gorgeous,” “You’re so pretty both with and without makeup, filters, and fillers,” and “I’m sold, you look great!“

Some other 90 Day Fiancé viewers asked Rebecca not to continue with these temporary treatments because she looks stunning without them. They reassured her that she looks so much younger than her age already, so she should just avoid getting artificial treatments. This 90 Day Fiancé star Rebecca has so many loyal supporters.

Next: 90 Day Fiancé: Larissa Lima Shared A Cryptic Note About Her Immigration

How to treat, cover, and prevent crow’s feet