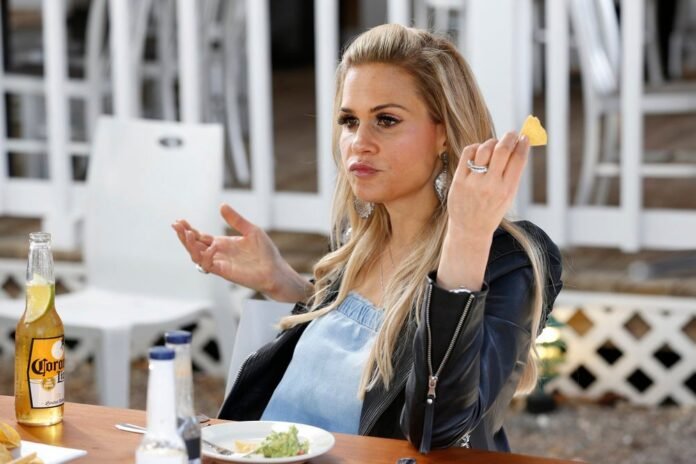 Plastic surgery and celebrities, especially reality tv celebrities, seem to go hand in hand. For reality tv stars, like our favorite Bravolebrities, there is the pressure of showing up on camera and being filmed in your day to day life. Aside from the confessionals, they are doing it without the benefit of strategic lighting or posing. Plus, those on reality tv have more incentive than ever to keep up their social media presence. They aren’t just on their respective shows, they are creating whole brands. Even with the rise of the filter game, these stars have to feel the push to stay looking their best. Or, maybe they just want to look their best regardless? That’s fine too. If you have the money and desire to do it, why not?

But one particular housewife is shooting down speculation about what she’s had done. As reported by In Touch, Jackie Goldschneider of Real Housewives of New Jersey is setting the record straight. Said Jackie, “Actually, it’s so funny because people say on social media, I’m very open. Yeah. The only plastic surgery I’ve ever had is on my body. I had the mommy makeover, but I’ve never touched my face.” For those of you who might not know, the “mommy makeover” is where you get a tummy tuck and breast lift at the same time.

Jackie continued, “So I injected my lips a little bit. OK. And I get Botox, but I have never done anything else to my face. My nose is my nose. My eyebrows are my eyebrows. I’ve never had a facelift, I don’t do anything.” She added, “So for me, It’s kind of like when people say that I’m like, I, I never did anything. I did learn how to contour, you know, I did get better extensions, you know?”

As far as what procedures she would consider doing, she revealed, “I think I would love, I, I don’t think I would do anything, but I would love a little bit of a point to your chin. And I think eventually I would love to just lift the whole thing up. You see how much better that looks. So in interviews, I could just sit like this.”

RELATED: Jackie Goldschneider Says She And Dolores Catania “Get Under Each Other’s Skin” But “Really Love Each Other”

This isn’t the first time Jackie has been open about her looks and her body. She previously discussed the work she had done on the Domenick Nati Show. Jackie shared, “On my body, after I had my second set of twins, I had what’s called a diastasis where my abdominal muscles were like, torn apart and it looked like I was six months pregnant all the time. So I had a tummy tuck to prepare that and I got boobs put in while I had it because I did breast-feed all four of my children.”

And fans haven’t always been kind. In 2020, Jackie posted a pic on her social media with visible stretch marks. After receiving some unnecessary hate for it in the comments, Jackie fired back. She shared, “This sweet picture from last night turned into a discussion of my stomach on social media, so let’s talk about stretch marks, shall we? My beautiful stomach held 4 healthy children, and those stretch marks remind me every day of how powerful my body is and how much mothers endure during pregnancy.”

TELL US – ARE YOU SURPRISED ABOUT WHAT JACKIE HAS AND HASN’T HAD DONE? HAVE YOU HAD PLASTIC SURGERY OR BOTOX AND FILLERS? ARE YOU ENJOYING JACKIE ON THIS SEASON OF RHONJ?