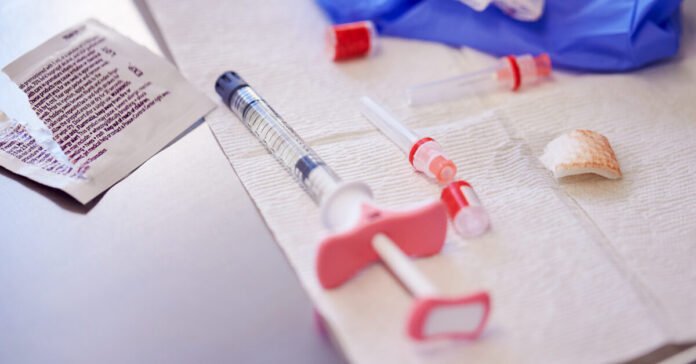 Sometimes, all the exercise and dieting in the world doesn’t seem to remove fat in certain areas, like under the chin or on the hips. While liposuction is one option, other injectable treatments have emerged as a fat-dissolving alternative. One example is Aqualyx solution.

Aqualyx isn’t approved by the Food and Drug Administration (FDA), so you’ll only see it in some countries outside the United States, like Great Britain, Ireland, and Italy. However, it’s similar to another product that’s available in the United States, so we’ll discuss both options.

Aqualyx is an injectable compound made from the deoxycholate family of acids. The product may also be called Motolese’s Solution, named for the professor that introduced the drug.

The acids present in Aqualyx cause fat destruction in the body. Plastic surgeons use Aqualyx for body contouring. They may inject it into different areas of the body, such as the:

Doctors may also use the substance to treat a condition called pseudo-gynecomastia in men. This causes extra fat tissue to grow in the chest area, giving the appearance of breasts.

When injected into the body, Aqualyx can reduce the appearance of fat to give a smoother, more contoured appearance. While a person will see changes after one treatment, they’ll usually require more than one treatment session to see maximum results.

Aqualyx is intended for those who have good skin elasticity. This is usually (but not always) people 18 to 60 years old. Otherwise, the treatment could cause the skin to appear saggy after injections.

You shouldn’t receive Aqualyx injections if:

While the process may vary slightly based on where a person is receiving the injections, here are some basic steps you might undergo when receiving Aqualyx injections:

The process usually takes anywhere from a half an hour to an hour. You may require up to eight treatments to see the maximum effect.

Once Aqualyx dissolves the unwanted fat, the effect is thought to be permanent. However, if you gain weight following the procedure, it’s possible you may see diminished results.

Aqualyx isn’t without its side effects. A doctor should discuss these with you before undergoing the procedure. Examples include:

A rarer side effect is scarring, which has been reported but isn’t known to occur with any regularity.

It’s also possible you could have an allergic reaction to one or more of the substances present in Aqualyx.

Because Aqualyx isn’t available in the United States, it’s tough to say how much the injections will cost. The total price depends upon how much Aqualyx you need, as well as the surgeon’s fees, local anesthetic costs, and the number of treatments you require.

According to RealSelf, the average cost per Aqualyx treatment is $1,000. However, the costs have a wide range of up to $2,725.

Some practitioners may charge by the vials used while others charge by the area being treated. If a person needs multiple treatment sessions, they may be able to secure a discount.

It’s possible you may find a doctor that uses Aqualyx off-label for fat injections. While other health professionals do use it worldwide, it’s lack of FDA approval means it hasn’t undergone the rigorous testing the FDA requires.

Kybella is an FDA-approved drug that doctors can inject to reduce the appearance of fat under the chin (also known as submental fat). The injections serve as an alternative to more invasive surgical options, such as:

Like Aqualyx, doctors inject Kybella to treat a double chin. They administer Kybella in subcutaneous (just below the skin) injections, usually given every 4 weeks until a person achieves the desired effects.

Kybella’s side effects include bruising, numbness, and swelling. Patient selection is important. A person must have good skin elasticity and a stable body weight.

Although Aqualyx isn’t yet available in the United States, you may still see comparisons or the treatment if you travel abroad.

Along with the FDA-approved Kybella, Aqualyx is a less invasive alternative to liposuction for those who have good skin elasticity and maintain a stable weight.

A person should always carefully discuss the risks and benefits with their doctor before undergoing Aqualyx injections.