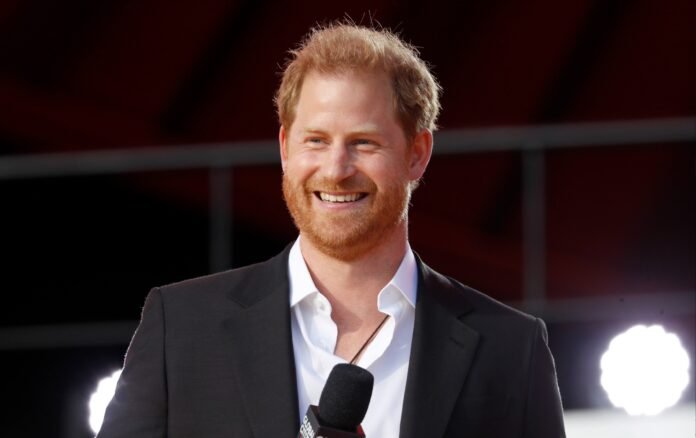 Is Prince Harry adjusting to Los Angeles life by getting some light Botox? One tabloid claims the duke is embracing his new lifestyle by adopting the California look. Here’s what we know about Harry’s “Botox makeover.”

This week, New Idea reports Prince Harry may be done fighting time when it comes to his hair, but now he’s trying to get ahead of his wrinkles. “Harry has come to terms with his hairline,” an insider dishes. “The mocking he got when that story came out about him seeing a hair plug expert [shortly after his wedding] was enough to put him off trying to fool the public about it. But being married to a former actress, he’s definitely come round to the LA way of thinking… in that aesthetic work is the same deal as a haircut!”

A cosmetic surgeon who hasn’t treated Harry tells the tabloid that Harry might have had some work done. “He may have had a touch of Botox to smooth the lines, but that’s about it,” the doctor notes. But sources say it was external pressure that pushed him to go under the needle. “He’s got to live by Hollywood standards now. His frown line was nothing short of an oddity to his new circle of friends,” the tipster concludes.

Here’s the thing: Prince Harry might have gotten work done. His skin looked noticeably smooth in his recent virtual conference earlier this month for mental health startup, BetterUp, so it’s not impossible to suggest he may have gotten Botox. And what’s so wrong with that? It’s totally his choice, and as the plastic surgeon told the tabloid, he looks great. But even the surgeon was hesitant to say he had gotten any more work done than a small amount of Botox. And that’s probably because he doesn’t look drastically different.

Given how subtle the change is, he could owe his smooth complexion to anything from Botox to good lighting to some light makeup — we can’t pretend to know. In fact, the only thing we are certain about is that this magazine doesn’t know what Harry has done to his appearance. The tabloid is only speculating about what work Harry might have had done. So, until he fesses up to this alleged “Hollywood makeover,” it’s not even worth gossiping about.

The Tabloid On Prince Harry

This wouldn’t be the first time New Idea got it wrong about Prince Harry. Last fall, the outlet reported Harry was moving out of his shared home with Meghan Markle, leaving his “nightmare” life behind. Then the magazine claimed Prince William was feuding with Harry after the Duke of Sussexes bragged about being more popular. Finally, the publication alleged Harry and Markle were rejecting William’s olive branches. Clearly, New Idea doesn’t have the insights on the Duke of Sussex that it pretends to.