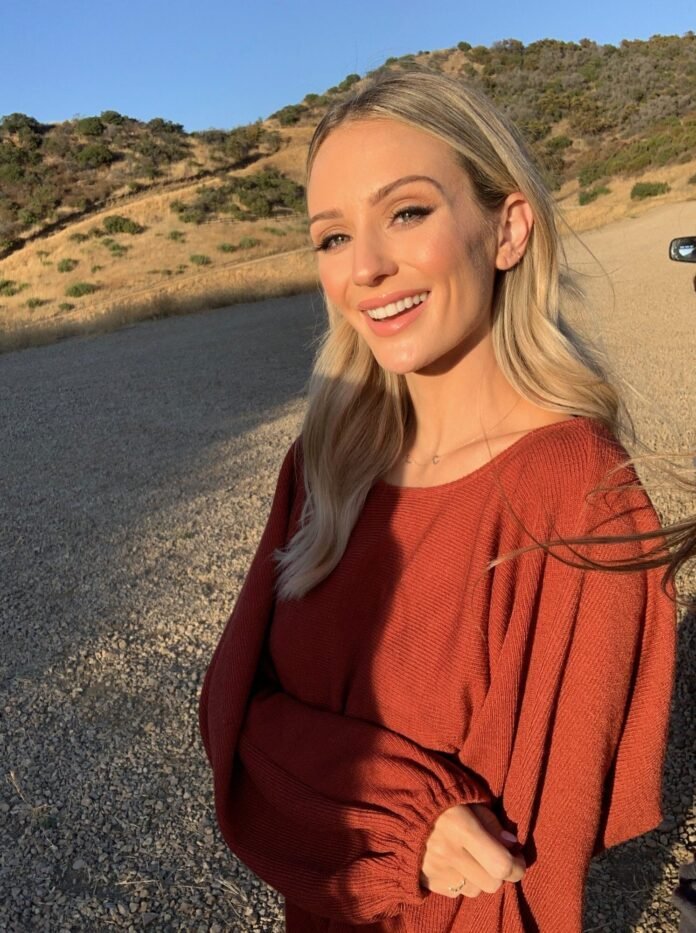 Lauren Bushnell Lane is opening up about cosmetic procedures she’s had done.

The former Bachelor star, 31, hosted a Q&A session with fans on her Instagram Story Thursday, and answered several questions about the “work” she’s had since she appeared on Ben Higgins‘ season of the reality dating show in 2016.

“I’ve done some filler in my lips maybe 4 times and some Botox,” said Bushnell Lane, who is now married to country music singer Chris Lane. The couple are currently expecting their first child together, a boy.

The former flight attendant said that first tried Botox in her early twenties before appearing on The Bachelor — a decision she now questions.

“I actually tried Botox before the show, when I was 24 and now looking back I’m like ‘why!?'” she continued in her response to the fan. “I haven’t done Botox for about 9 months and lips for, gosh maybe like 2 years?”

She went on to promise, “I’ll always be transparent about anything that’s not ‘natural.'”

When another fan asked if she’s had a “boob job,” the mom-to-be replied, “no just pregnant” along with a laughter emoji.

In response to another fan who asked about her weight, Bushnell Lane said that she gained 12 lbs. over the course of filming The Bachelor, but lost it after production ended.

“I’ve def fluctuated like most women but now as a 31 year old my body hasn’t fluctuated a ton in like 5 years. I think that’s why people say I look different than show is I was def a little puffy?” she mused in the post, going on to add that her lip fillers have also affected the way she looks.

“And then of course got lip filler which can definitely change your face a lot. In fact now that my lips are closer to normal and filler is almost gone,” she said, “I actually like my lips more natural.”

In February, Bushnell Lane opened up about the worries she’s had while pregnant, encouraging other expecting moms not to compare themselves to others.

“Pregnancy is amazing! Reminder to not compare yourself to others,” she said in an Instagram Story post at 25 weeks. “This is my belly but everyone’s looks different! I have compared myself to friends who are about as far along as me or have been pregnant before and worried that maybe my belly or baby was too big for my gestation and for it being my first.”

“But I have to remind myself everyone is different. Everyone’s bodies are different and every baby is different but all are so beautiful!” she added.