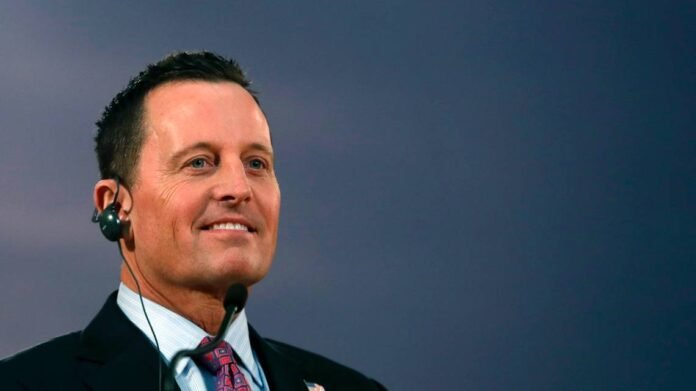 Richard Grenell will meet with former President Donald Trump at his Mar-a-Lago estate Saturday to discuss a possible run for California governor, according to reports from Politico.

Grenell, who served as a foreign ambassador and later acting Director of National Intelligence under Trump, has been rumored to be considering a run against Gov. Gavin Newsom, the California Democrat who is facing a mounting recall effort.

On Saturday during remarks at the Conservative Political Action Conference, Grenell said he has “never seen a better case” for a recall in California, and hinted at running for governor himself.

“If a public official is still failing to deliver on their promises and you can’t limit their term, or recall them in time, there’s always another option: you can run against them yourself,” Grenell told the conference.

Grenell had previously served under President George W. Bush and is a frequent appearance on cable news. In 2012, he signed on to Mitt Romney’s campaign as a foreign policy spokesperson. He was criticized for his inflammatory rhetoric on Twitter, often taking aim at Newt Gingrich, Hillary Clinton and Democrats.

“Did you notice that while Michelle Obama is working out on the (TV show) BiggestLoser she is sweating on the East Room’s carpet ? Just saying,” he said in an April 2012 tweet.

Lara Korte covers California politics for The Sacramento Bee. Before joining The Bee, she reported on Texas higher education for the Austin American-Statesman. She is a graduate of the University of Kansas.