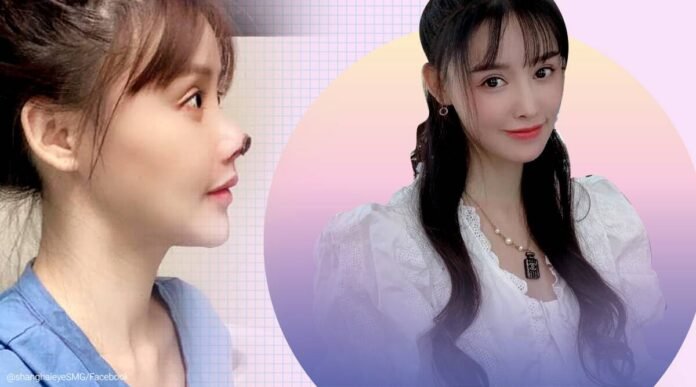 A Chinese actor has shared pictures of her damaged nose to spread awareness about the dangers of plastic surgery.

Taking to Weibo, a popular Chinese social media platform, actor and singer Gao Liu posted her pictures and explained the reason behind her long absence, The BBC reported.

In the detailed post, Gao elaborated how in October she met a plastic surgeon via her friend in the southern city of Guangzhou and decided to go ahead with the doctor’s suggestion of getting a “slight trim” on her nose as it would help boost her job prospects,  the news website reported. “The entire procedure lasted four hours. I thought that in these four hours, I would be made more beautiful,” she wrote in the post.

However, things did not go as planned post the procedure, which took around four hours. “I didn’t expect these four hours to be the beginning of a nightmare,” the website quoted Gao’s post. After the surgery, Gao’s was repeatedly infected and turned darker with time.

“I later found out that the plastic surgery hospital was not qualified to carry out the nose surgery,” Gao told the Global Times.

Moreover, Goa also stated that due to the cosmetic mishap, she lost on two films incurring the loss of payment of 400,000 yuan (Rs 45 lakh) in the process, the website added.

“More importantly, I will also face high breach of contract compensation of 2 million yuan,” she wrote and advised people to be careful while going ahead with the surgery. Gao’s post drew sympathy from many on social media and also prompted a debate over the ills of cosmetic surgery.