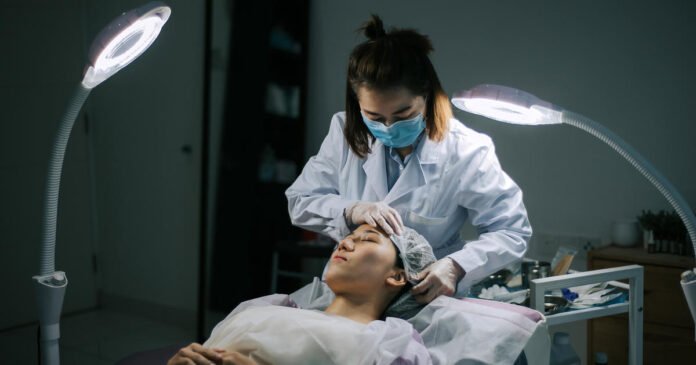 As summer approaches, you may not fully recognize a relative or close friend. This may be due to an uptick in Americans seeking cosmetic surgeries. As coronavirus restrictions have eased across the U.S., the American Society of Plastic Surgeons (ASPS) says pent-up patient demand is fueling the industry’s current boom, with interest in both non-surgical and surgical treatments increasing.

But this wasn’t the case when the coronavirus pandemic shuttered the U.S. in March 2020. According to the ASPS, board-certified plastic surgeons stopped performing elective surgical procedures for an average of 8.1 weeks due to COVID-19. The society reported a decline in the total number of procedures performed last year. But Americans still spent over $9 billion on plastic surgery in 2020, according to the Aesthetic Society.

Dr. Jeffrey A. Ditesheim, a plastic surgeon in Charlotte, North Carolina, says his practice saw a shift because of the pandemic. As patients feared the unknown, his office experienced a lot of cancellations.

“Some were frankly scared and worried about the risks of general anesthesia or complications from the virus causing blood clots,” Diteshiem told CBS News. “Others lost their jobs or had to stay home to take care of their families.”

However, once local COVID-19 restrictions eased, his office like many other practices reopened and experienced an uptick in cases rolling in. Diteshiem says he saw a growing number of patients seeking elective procedures including injectables like Botox and a range of plastic surgery procedures.

It’s been called the “Zoom boom” — a rise in demand for cosmetic procedures due to people who want to make changes after seeing how they look on screen.

“With people now seeing themselves on screen for hours a day, there was a greater scrutiny of the fine lines and wrinkles,” Diteshiem explains.

According to the ASPS, more than 15.5 million cosmetics procedures were performed in 2020 alone. Rhinoplasty (a nose job) was the top cosmetic surgery in 2020, with more than 352,000 surgeries performed. The society also reports that Botox was the most sought injectable treatment with more than 4.4 million procedures performed.

And as many people continue working from home, some are recognizing an unexpected benefit when it comes to getting cosmetic work done. Ditesheim notes that people who are  working remotely can recover from plastic surgery without taking as much time off or having to let anyone else know.

“One of my patients was working one week after high definition liposuction,” Diteshiem said. “That is a procedure that defines the muscles and shapes the body. Usually, that procedure has a three to four week recovery. When he told me he was working remotely on his laptop within one week I was amazed.”

Jean-Brice told CBS News it would have been really hard without being around family or a support system.

“The first two weeks after surgery was the hardest for me. Because I had my family in Miami to help me, they made it easier. Living in New York and undergoing this surgery by myself would not have been feasible,” she revealed. “Because of the pandemic I was working from home. It wasn’t too hard to take the time that I needed to recover and work. Not being out or in the office was much easier and less stressful.”

Jonathan McDougle is a CBS News segment producer based in New York City.