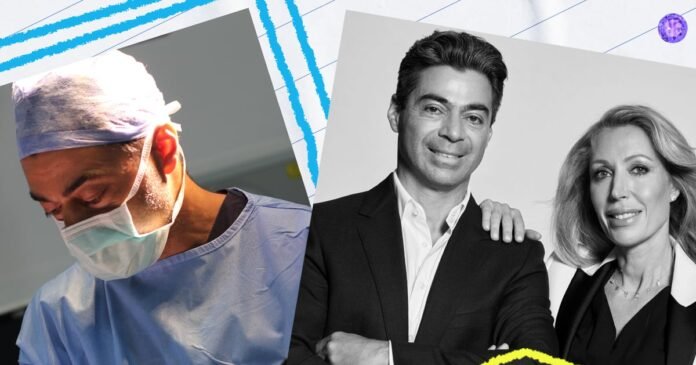 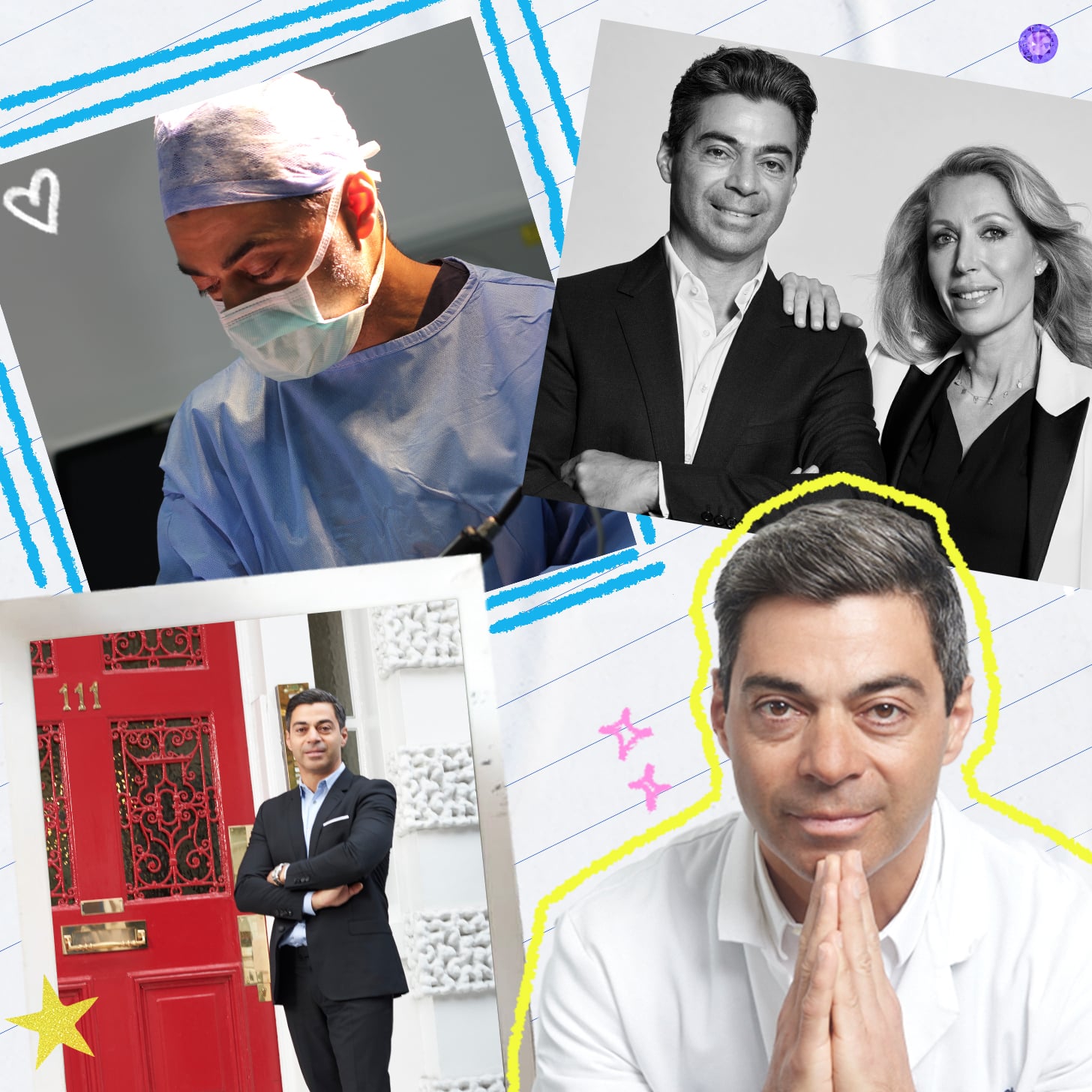 Welcome to Big Break, where some of the most influential figures in the beauty industry reflect on the moments that made them — from the good to the bad and everything in between. Here, Yannis Alexandrides, MD, FACS, American and European board-certified plastic surgeon and founder and surgical director of 111Skin, shares how medical school built his resilience and how an encounter with two astronauts changed the course of his career.

Medicine has always been part of Yannis Alexandrides’s world. “I was born in a medical family, and medicine was all around me,” he tells POPSUGAR. But that doesn’t mean he took the decision to pursue it as a profession lightly. He had a big interest in physics and mathematics, but ultimately decided “medicine is different from anything else because [of] how much you can help other people.”

He started medical school in Athens and after his initial training, Dr. Alexandrides was able to get an idea of what each specialty entailed. “For me, it was very clear that surgery was the obvious choice,” he says. “I liked the immediate effects of your actions through surgery, the big difference that you can make to somebody’s life, and actually working with my hands was part of what I liked so much.”

But there was another factor that also motivated Dr. Alexandrides’s choice. “At that particular moment, a very unfortunate thing happened,” he says. “One of my closest friends was serving in the military and had a bad accident, which required facial reconstruction.” Dr. Alexandrides tried to do as much as he could to help, like connecting them with the right people, but “very few doctors in Greece who were offering plastic and constructive surgery.” That solidified his decision.

“You have to be a little bit of an artist in order to be really successful in this field.”

From there, Dr. Alexandrides did research into where the most superior training for doctors was, especially in surgery, and decided on the United States. “I completed exchange programs between the Athens Medical School and Dallas and went to one of the big medical centers there where I was exposed to a lot of plastic surgery and reconstructive aesthetics.” This is where Dr. Alexandrides realized that this was his calling.

“There are so many subspecialties within plastic surgery, for example, hand surgery, aesthetic surgery, craniofacial surgery, burns, and many more subspecialties that one can go into more depth,” Dr. Alexandrides says. He also really liked the artistic aspect of surgery. “You have to be a little bit of an artist in order to be really successful in this field.”

This is not to say his journey to becoming a fully certified plastic surgeon was easy — far from it, in fact. Plastic surgery is the most difficult specialty to get into. “The process is so intense,” says Dr. Alexandrides, “It feels like military service. You have to wake up very early in the morning, sometimes in hospital by 6 a.m., and a lot of these nights you have to be on call as well, so some nights you haven’t even slept.” Ultimately, he decided to specialize in craniofacial and microsurgery, which took eight years of intense training. Thousands of operations later, Dr. Alexandrides was ready to enter the real world of surgery. “I felt 100 percent ready to start my own career and my own practice.”

His plan was always to go back to Greece and start his practice there, but after years of school, Dr. Alexandrides took a well-deserved six-month break. During his travels, he stopped in London where he had some friends and family. “I met a plastic surgeon who was also American-trained and we became good friends,” he says. “Within two weeks, he offered me a job and asked me to start working with him in London.”

Although it was something he’d never imagined, Dr. Alexandrides found himself unable to resist the allure of London and the professional challenges that came with it. He also knew that he’d still be close to Athens to start a practice there. It took him approximately a year and a half before taking the leap to become independent, which is how he landed on Harley Street.

“As a place with a lot of history and a lot of tradition for England, Harley Street has been the epicenter of medical excellence here,” he says. “It’s quite difficult to start a practice based in Harley Street — even the process of getting into it with all of the competition.” It wasn’t lost on Dr. Alexandrides how risky going out on his own was. “I decided to take this step, which was a very bold step back then, given my experience and my age.”

Being in his early 30s, his parents didn’t feel that it was the right decision at the time. “They were afraid I was being a little — or very, should we say — emotional about it because I really, really believed that London had a lot to offer,” he says. “It was a very dynamic time with a lot of change, a lot of progress, and a lot of positivity.”

At that time in 2000, there were two types of practices when it came to cosmetic and aesthetic plastic surgery in London. There were big clinics owned by companies, which would employ doctors to do surgery privately. And then there were NHS consultant plastic surgeons who had been working in the NHS for years and would gradually start doing private work. “Back then, a practice where a private plastic surgeon or a group of plastic surgeons dedicate all their time to their clinic and their private patients was very rare.”

That’s where 111 Harley St. came in. “I started with this 360 approach where I was thinking if I were a patient, what would I ask of my plastic surgeon?” This landed Dr. Alexandrides at the conclusion that he needed to have a clinic that could have a broad spectrum of treatments because “sometimes surgery is not the right answer,” he says. “It could be premature or someone might not be not psychologically ready for it; there are a lot of reasons, so nonsurgical treatments have a big role to play.”

In that same vein, Dr. Alexandrides says “the idea of having supplements and skin care was very intuitive to me. If you are doing surgery, you need to give the right products to your patients so they can heal better and faster, and who knows how the skin heals better than the plastic.” And that’s how 111Skin was born.

“I never thought I would create a line of skin care that I would sell outside my clinic,” he says. It all started when he met two scientists involved in the space program and in charge of the wellness of astronauts. They were the ones creating food and supplements for astronauts. “Space is a very harsh environment and is actually a laboratory for advanced aging because the skin is exposed to intense cosmic radiation,” he says. “They were ahead of their time — they had this knowledge of how to prevent aging of the skin in the most extreme environment.” So, Dr. Alexandrides collaborated with them on products in 2006. 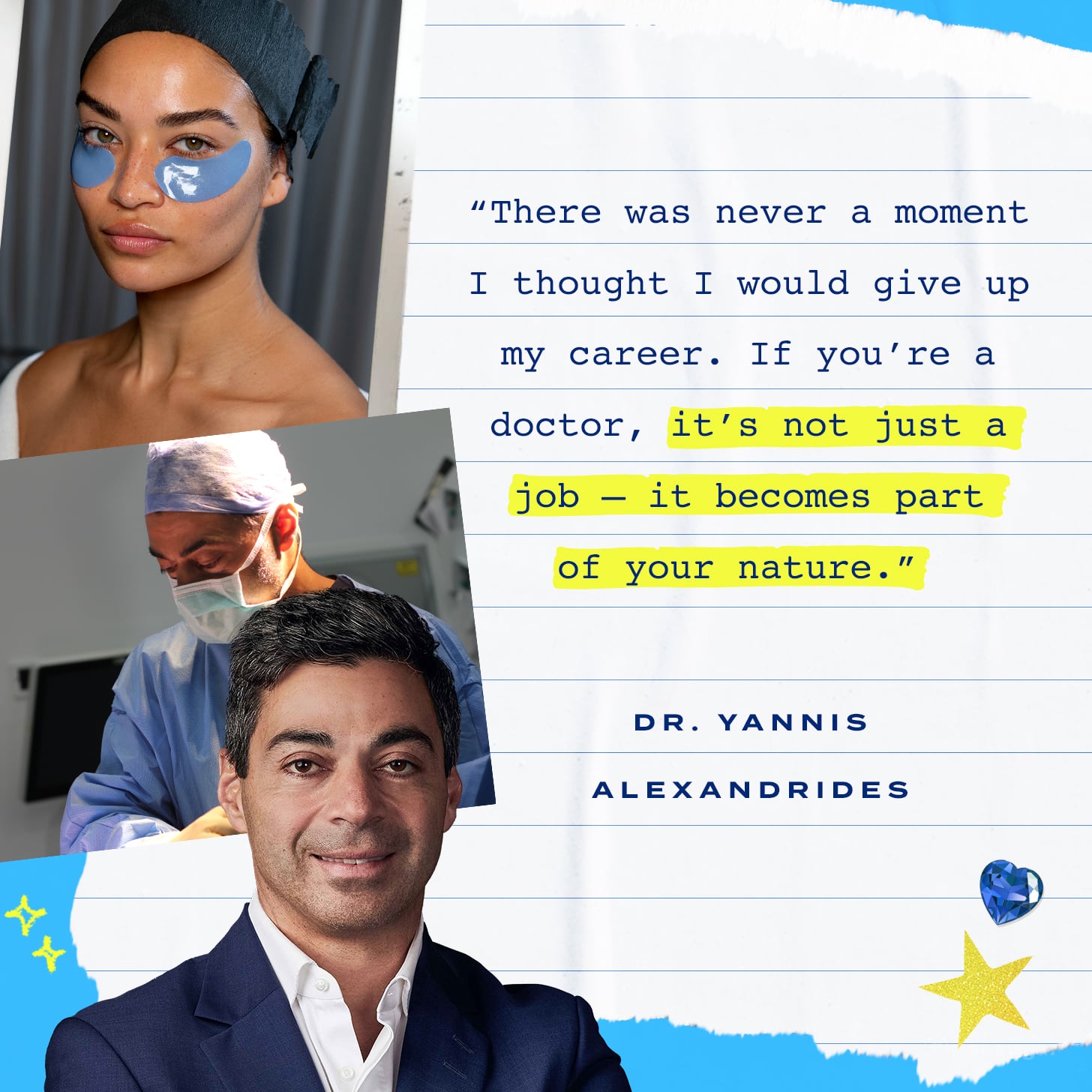 Their very first breakthrough was the Dramatic Healing Serum in 2008 — a product designed to help Dr. Alexandrides’s patients heal faster. “Most of my patients came back to me after six weeks — which was the initial healing phase where I was giving them the serum for free — and were asking for more.” The secret ingredient to this formula was 111SKIN’s NAC Y2, which has become a hero in the industry and many people’s routines. It remains central to the brand today and is the key ingredient in the Y Theorem line. Eventually, after discussing it with his wife, Eva Alexandridis (cofounder and CEO of the brand), they decided to create a small skin-care line with eight core products utilizing NAC Y2 to sell after the initial six-week recovery time. “I never thought that it would become what it is today,” says Dr. Alexandrides. “It was part of my practice, so it felt like more of an added service for my patients.”

With all of the breakthroughs and success, of course there were difficult moments, too, but Dr. Alexandrides never doubted his career as a doctor. “There was never a moment I thought I would give up my career. If you’re a doctor, it’s not just a job — it becomes part of your nature. I think that gave me a lot of resilience, too.”

Dr. Alexandrides’s success doesn’t end there. He’s also earned himself an impressive list of celebrity clinetele, but you won’t catch him sharing any names. “We always respect anonymity,” he says, which is something that gives him confidence that he’s doing the right thing. “Of course, I do like this aspect of my job, but I take it seriously. I treat every single patient the same. It doesn’t matter how famous they are. They have the same needs and they need the same kind of attention. So I try to give that to everybody.”

As far as career highlights go, Dr. Alexandrides has a humbling one and it’s happening now. “As for many people, it was a very tough time with COVID — my clinic had to close for the first time completely,” he says. “I feel that we have strengthened the company. I feel like the momentum has increased instead of slowed down, actually.”

“There was never a moment I thought I would give up my career. If you’re a doctor, it’s not just a job — it becomes part of your nature.”

The business quickly pivoted, switching to other platforms to reach clients and create a network of professionals, such as aestheticians and dermatologists that help. “We have established a very vibrant connection and the sales have followed,” he says. “It is a pinch-me moment because it could have been the other way and I need to tell myself that. It is a time where we are able to strengthen our team by attracting people who are really experienced in this field because the needs of the company change as you go ahead.”

How Dr. Alexandrides wishes to be remembered might sound surprising, but it actually reinforces that, business owner aside, he’s a surgeon first and foremost. “My aim is to create products that minimize people’s need to come into a clinic,” he says.