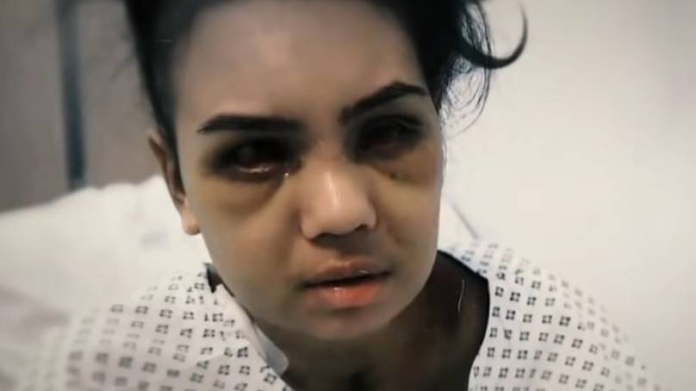 The owner of a cosmetic clinic in Russia has been jailed, after one of his female patients slipped into a coma following problems during a nose job procedure.

In 2018, Karolina Sarkisyan was seen at the Moscow clinic of Dr Gulnara Shah, 57.

The procedure was intended to correct a deviated septum, which she explained made it difficult for her to breathe. She had also requested for a hump in her nose to be removed, to give it more of a curved shape.

According to local media, the operation was performed by plastic surgeon Gevorg Stepanyan who Sarkisyan chose herself based on his experience and numerous positive patient reviews.

During the operation, the patient started to bleed profusely and clinic staff could not stop it so they called an ambulance.

Sarkisyan was admitted to the hospital where she reportedly slipped into a coma for nine days. In total, she was in hospital for three weeks.

After the incident, a criminal case was launched and investigators inspected the clinic and found it did not have a medical license to provide plastic surgery services, according to local media.

In addition, necessary medical equipment was not available and staff could not provide round-the-clock monitoring of patients.

During the investigation, clinic owner Gulnara Shah was transferred from a pre-trial detention centre to house arrest while Dr Gevorg Stepanyan fled Russia and is on the international wanted list.

The court subsequently found Shah guilty and sentenced him to one year and 10 months in prison. He was also order to pay RUB 560,000 (£5,450) to the victim as compensation.

Speaking in 2018, Sarkisyan’s mother Marina said: “She is so beautiful, she is a stunner. She didn’t need to do any plastic surgery.

“Early in the morning the anaesthetist came. I described what happened and asked why the nurse gave so many pills.

“He said it was his prescription after the surgery.”

She went on to say: “I will never forgive myself for letting her do this surgery.”

Also speaking in 2018, the head of the clinic told press that Sarkisyan had experienced an ‘allergic reaction’ to drugs, saying: “We injected several medicines, including the one to support the pancreas – and we believe that they caused the allergic reaction.”

Dr Gevorg Stepanyan posted a video message in 2019, following his initial arrest, in which he said: “We still have a fight at the courts, [but] I’m more than convinced that justice is on my side.