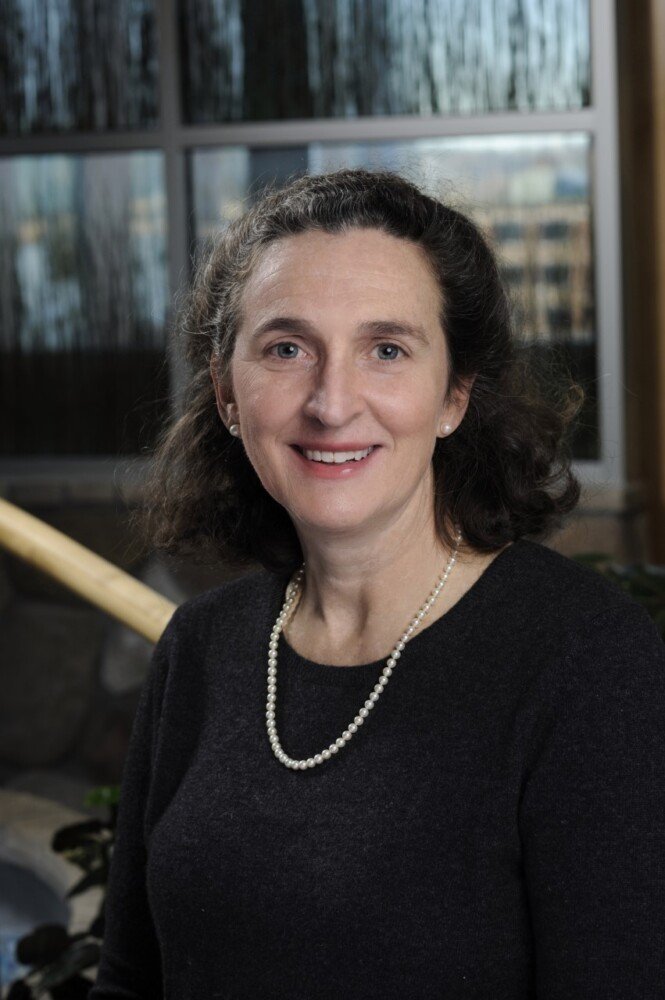 Renowned plastic and reconstructive surgeon Dr. Therese K. White has joined the Central Maine Healthcare Oncology Institute as the director of the Breast Care Center. She specializes in breast reconstruction surgery, as well as hand surgery, skin cancer reconstruction and body contouring. White takes on her new role as Central Maine Healthcare builds its new Cancer Care Center, which will be completed in February 2022. A graduate of Dartmouth College, White earned her medical degree from the University of Vermont College of Medicine and is board certified in plastic surgery. Rachelle Bourgault has joined Mortgage Network Inc.’s Portland branch as a loan officer. Bourgault has lived in the Portland area for three years, establishing deep connections in the local community. She received her MBA at the University of Nevada, Reno and holds a bachelor’s degree in industrial engineering and management from the Shamoon College of Engineering in Be’er Sheva, Israel. Bourgault will focus on the home financing needs of residents in Maine, New Hampshire and Florida, where she is also licensed to originate loans. Dr. Jonathan Nutt has opened a new Yarmouth dental practice, Integrity Dental, at 45 Forest Falls Drive, Suite B3. Nutt graduated from the University of New England College of Dental Medicine in 2018, and practiced in New Hampshire prior to opening his practice in Yarmouth. Carol Ann Doucette has joined Locations Real Estate Group. Doucette is a Lakes Region and Greater Portland specialist with over three decades of experience. She is currently the board chair for the Cumberland County Soils and Water District. Doucette is also an honorary member of the Little Sebago Lake Association. Portland hairstylist Jennifer Jaye Leigh has joined Chair, a salon in South Portland. Leigh previously was owner and lead stylist at O2 Salon in Portland’s Congress Square for 12 years before closing O2 in January. Leigh has been a stylist in Portland for around 30 years and has worked with southern Maine’s leading hair artists, also having studied techniques at Vidal Sassoon’s academy in London and Nick Arrojo’s academy in New York City. Hemant Pendse has been named the University of Maine 2021 Distinguished Maine Professor. An internationally recognized leader in forest bioproducts research, Pendse was nominated by College of Engineering Dean Dana Humphrey. Each nominee is evaluated on teaching performance based on evaluations; the quality and productivity of research, scholarship and creative activities, and voluntary contributions in support of public causes and initiatives. Pendse has won numerous awards, including the 2009 College of Engineering Ashley Campbell Award, 2012 Genco Award from the University of Maine Pulp and Paper Foundation, and the 2012 UMaine Presidential Research and Creative Achievement. Julie Brennan of the Pine Tree Society recently earned her Licensed Clinical Social Worker certification. Brennan has a master’s degree in social work from the University of Southern Maine, and for nearly 20 years has focused on the field of disabilities. She is the director of behavioral services at Pine Tree Society, where she oversees case management for adults and children with disabilities.

Portland wealth management firm R. M. Davis has announced four new appointments. Natalie Solotoff is now director of wealth management. Formerly, she was trust and wealth management services counsel. Solotoff is a board member and past president and treasurer of the Maine Women’s Fund. Denise Vigneault is now vice president of human resources. She was an assistant vice president. Vigneault also serves on the HR committee for the Center for Grieving Children. Michele Whitmore is now vice president of portfolio administration. Formerly, she was an assistant vice president. Prior to joining R.M. Davis in 1999, Whitmore worked for The Boston Company/Mellon Bank. Michael Wood, vice president and portfolio manager, is now a shareholder and member of the board of directors. A Cape Elizabeth resident, Wood serves on various nonprofit boards.

Intertidal: The ocean is a true frontier