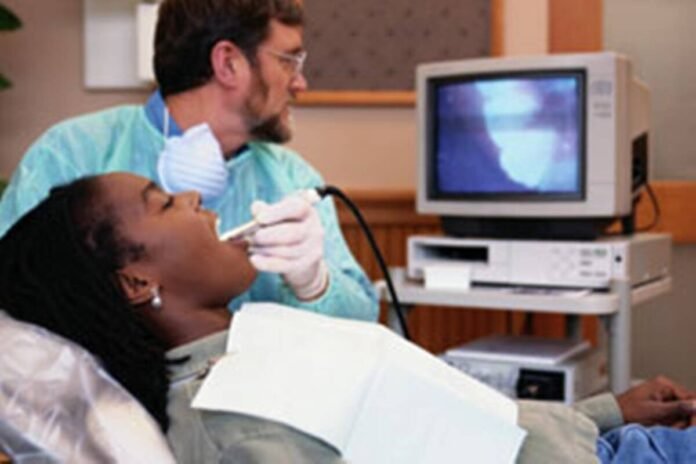 In this disease esophagus muscles do not squeeze and the sphincter muscle does not open, so food cannot pass through valve top on stomach. (Photo source: IE)

Achalasia is a disease where the function of the esophagus stops working overtime. It is thought to be neural degeneration of the selective nerve fibers in the body of the esophagus and the valve at the top of the stomach. It is a rare disease with an estimated prevalence of 10.82 and incidence of 0.3–1.63 per 100,000 adults per year.

In this disease esophagus muscles do not squeeze and the sphincter muscle does not open, so food cannot pass through valve top on stomach. Patients begin to experience trouble swallowing. They cannot `swallow regular food; they have trouble swallowing liquids and they get a sensation that stuff just sits in their esophagus. Some may need to drink a lot of fluids to get food into the stomach and others may feel pain and/or discomfort after eating. Some patients suffering from achalasia may have undigested food come up after eating or when lying down.

Symptoms of achalasia may include:

· Chest pain or pain felt in the back, neck, and arms.

How it can be diagnosed: –

During esophageal manometry, a thin, flexible tube (catheter) that contains pressure sensors is passed through nose, down into esophagus and then into stomach. Esophageal manometry provides information about the movement of food through the esophagus into the stomach. The test measures the force and coordination of esophageal muscles as they propel food into stomach. This test also diagnoses other swallowing disorders and classify Achalasia to customise treatment accordingly.

In this test flexible tube equipped with a light and camera inserted into food pipe through throat to examine the inside of food pipe and stomach. Endoscopy can be normal or may show retained saliva, undigested food, or liquid in the food pipe a without any blockage of the esophagus by tumour and narrowing with subjective evidence of resistant at valve at top of stomach while negotiating tube.

X-rays are taken after the patient swallows chalky liquid that coats and fills the inside lining of the food pipe and visualisation of a dilated proximal food pipe with a narrowed junction just above the stomach giving the characteristic “bird beak” appearance is highly suggestive of achalasia.

BothEndoscopy and barium esophagram are only complementary to esophageal manometry and lack sensitivity for accurately diagnosing achalasia.

A balloon is inserted by endoscopy into the centre of the esophageal sphincter and inflated to enlarge the opening. This outpatient procedure may need to be repeated if the esophageal sphincter does not stay open. Nearly one-third of people treated with balloon dilation need repeat treatment within five years. It is uncontrolled and forceful dilation sometimes can result into oesophageal perforation although response is good among early or evolving Achalasia

Botox is generally recommended only for people who are not good candidates for Balloon dilation, endoscopic and laparoscopic myotomy because of age or overall health and presence of significant comorbidities. Botox injections typically do not last more than six months.

During this procedure, five or six small incisions are made in the abdominal wall and laparoscopic instruments are inserted. Then muscle cut along the esophagus, starting above the lower esophageal sphincter and extending down onto the stomach a little way

This new Less Invasive and effective procedure eliminates the need for abdominal incisions. It is a major advance in treatment of achalasia and is less invasive and less traumatic to the body.

How is the POEM procedure done?

· A flexible tube called an endoscope is passed through the mouth into oesophagus and make a small cut in the inner most layer of the esophagus and then reach between the layers of the esophagus to selective cut that stiff muscle and then close the hole in the esophagus with clips. This whole procedure is being done with an endoscope without having any incisions on your abdomen. Carbon dioxide gas ( Co2) is used for insufflation during this procedures because Co2 absorbed very rapidly hence air insufflation related complications can be a avoided in this procedure .

· It can be done in advance cases of Achalasia like sigmoid Oesophagus and in presence of diverticula. POEM usually not require an additional anti reflux procedure.

· Procedure time is usually one hours and some time can be prolonged due to difficult procedure in view of long standing disease , huge dilation and unexpected bleeder during myotomy.

· However, POEM is not without risks. As with other operations, there are risks of bleeding and rarely leak which may resulting in chest infection. It has been shown to increase the risk of long-term reflux, although rarely troublesome and most of times controlled with anti acid tablets.

(The author is Senior Consultant Gastroenterology, Kailash Hospital, Noida. The article is for informational purposes only. Please consult doctor/experts and medical professionals before starting any therapy or medication. Views expressed are personal and do not reflect the official position or policy of the Financial Express Online.)

Financial Express is now on Telegram. Click here to join our channel and stay updated with the latest Biz news and updates.