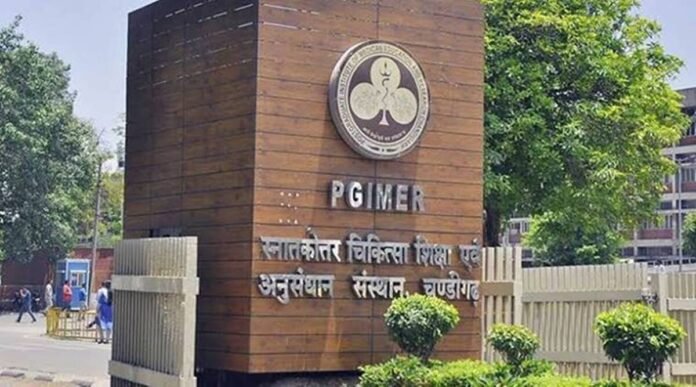 The State Consumer Disputes Redressal Commission of Chandigarh has directed PGIMER, Chandigarh to pay Rs 10.50 lakh to a 19-year-old Mohali resident for negligence which caused the victim to receive severe burns on their hand.

The complainant, Ayush Kalpasi, alleged that he met with an accident on April 4, 2018, which resulted in a fracture in the right leg. He was taken to Bisht Hospital, Uttrakhand and was treated. He was then shifted to B.D. Pandey Hospital, Pithoragarh before he was finally referred to PGIMER, Chandigarh, on April 9, 2018. At PGIMER, he was admitted to the Trauma Centre and was advised surgery for the fractured leg.

Through Advocate Rakesh Sobti, Kalpasi alleged that on April 11, 2018, before performing surgery on the fractured leg, he was given strong anaesthesia. The surgery was performed and he was shifted to the observation room where a room heater was left on. Due to the anaesthesia, Kalpasi was unconscious and his left hand fell over the heater. Since there was no attending staff available and the complainant was still unconscious his left hand received severe burns.

It was further contended that PGIMER discharged the complainant on April 20, 2018, after treating his burnt hand and assured that it would cure automatically without any complications. However, the complainant suffered huge pain, therefore, he revisited the PGIMER on April 25, 2018, for a checkup of his burnt left hand.

He was given some medicines, which did not cure his hand. According to the complainant, he again visited the PGIMER on May 15, 2018, for plastic surgery for the wounded hand. He visited the hospital again on July 10 as his hand did not show any improvement, even after the plastic surgery. An X-ray scan showed that the middle joints of the fourth and fifth fingers had dislodged. Despite several visits to PGIMER, the complainant’s hand did not recover is he is now handicapped.

In reply to the complaint, PGIMER submitted that the complainant’s claim was rejected solely on the ground that a heater is not used in
the month of April thus implying that the story is false.