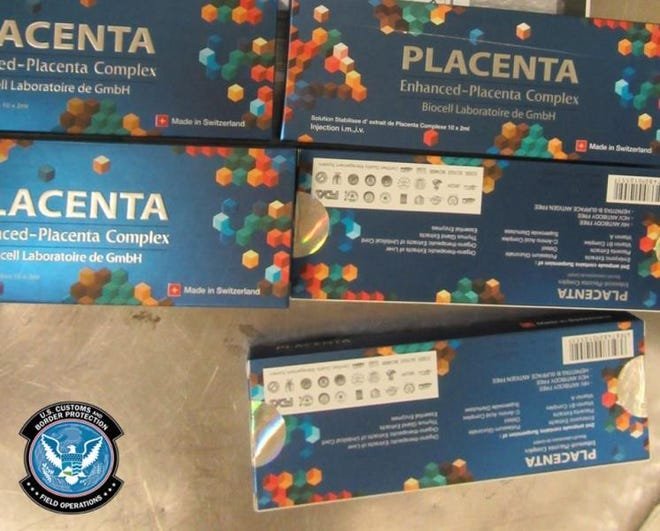 Six shipments of prohibited cosmetic injections – worth a total of $35,600 had they been genuine products – were recently seized in Cincinnati, according to a release from U.S. Customs and Border Protection.

The shipments contained various dermal fillers and counterfeit Botox, the release states. Two of the shipments originated in Germany and the others came from Thailand, Spain, South Korea and Turkey. They were addressed to private residences in California, Texas, Florida, Virginia, Colorado and Maryland.

According to the release, the shippers indicated the packages’ values ranged from $15 to $175. But the recommended selling price was much higher, officials said, ranging anywhere from $348 to $22,500 per package.

[ We can’t do work like this without our supporters. Please consider a subscription to Cincinnati.com. ]

Botox, or botulinum toxin, is a restricted product that must have proper documentation in order to be shipped to the U.S. The U.S. Food and Drug Administration (FDA) offers guidance on legitimately importing safe dermal fillers and other cosmetics. Most FDA-approved fillers are temporary and achieve a smoothing or “filling” effect, according to their website.

Buyers who do not confirm that their purchases comply with state and federal import regulations could have their items seized.

“Cheap cosmetic enhancers sold online are often manufactured in unregulated facilities with substandard ingredients and no quality controls,” Cincinnati Port Director Richard Gillespie said in the release. “Our officers and specialists enforce hundreds of laws for many partner agencies, and are committed to ensuring the health and safety of American citizens.”

U.S. Customs and Border Protection officers have announced two other Botox seizures within the last year.

In July, officers seized multiple packages of counterfeit Botox injections worth a total of over $24,000 from Slough, Great Britain. The shipments were improperly labeled as being valued at $1.