OTT shows seem to pushing the envelope in terms of storylines and plots, and there are a lot of taboo and sensitive topics being dealt with on the platform. With shows such as The Married Women, which is based on a homosexual relationship, and Fabulous Li 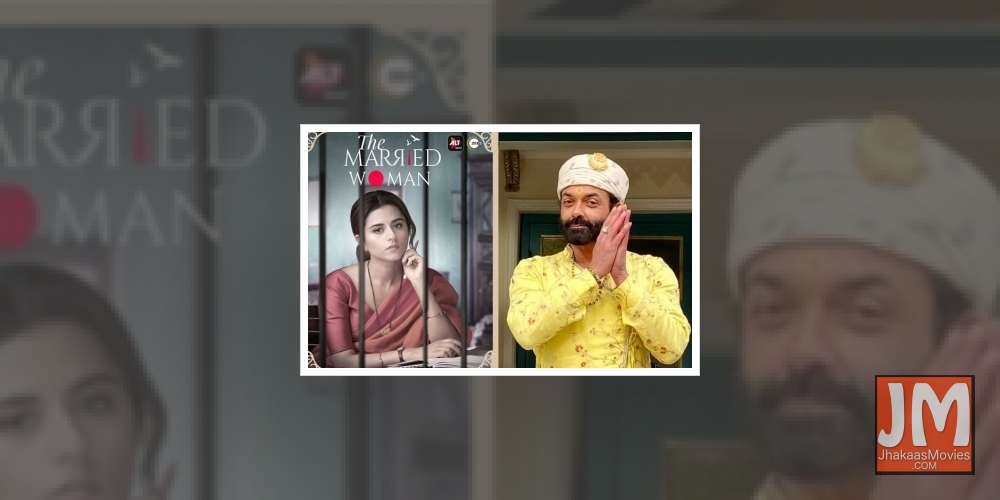 OTT shows seem to pushing the envelope in terms of storylines and plots, and there are a lot of taboo and sensitive topics being dealt with on the platform. With shows such as The Married Women, which is based on a homosexual relationship, and Fabulous Lives Of Bollywood Wives, where Botox and face upliftment procedures are openly discussed, the Indian audience is now exposed to content on topics that have not been dealt with freely on the Indian screens before.

Sahir Raza, who has directed The Married Woman, says that he is glad that OTT is open to topics as the one his show addresses. “I am glad that OTT doesn’t have boundaries. People need to understand that there will always be things you don’t like, but putting boundaries only creates restrictions for people who are telling the story. I feel that as we evolve, we need to accept different points of view instead of putting together rules of what you can and can’t do,” he says.

Writer Suparn Verma, who has written the show Main Hero Boll Raha Hu, says: “While making a film, you need to see if a certain type of audience will accept it. A subject might not be appreciated in, say, Bihar. This is not true for shows on OTT. This is for individual audiences where makers are not tied down by logistical economics. Therefore, you have a lot more freedom to write and explore themes. Also, everyone wants to be unique, hence newer themes are explored.”

Actress Kirti Kulhari, whose show Four More Shots Please! was heavily criticised by certain sections for being too feminist and bold, says that such shows help people become aware of how things are actually changing in the world.

“These shows help people come out of their bubble. There is a mentality that girls are only there to get married and have kids, and then we showed women like this, so they were shocked. They abused us in the process but at least we put an idea in their heads,” she says.

Director Aarambhh M Singh, who has directed the series Jamai Raja 2.0, says that the fact that OTT shows can be viewed in a personal space is what helps makers to explore different topics. “Since OTT shows are watched in your personal space, you don’t have to go by what others believe. So, for example, my family might be conservative, I am not. This is why makers can push the envelope with such topics. India’s youth is more aware of what is happening in the world today, which is why these shows work. The liberty that OTT has is that it can present whatever is happening in the world in a better way so people can accept,” he says.

Here are some of the topics being explored by OTT, which were a no-no on the Indian screen till a while back:

The Married Woman is a show that explores the relationship between two women. Based on the book by Manju Kapur of the same name, the show’s teaser featured a kiss, which has been spoken about in detail. This unconventional love story stars Riddhi Dogra and Monica Dogra.

In the series Little Things, the lead couple, essayed by Dhruv Sehgal and Mithila Palkar, stays together and the arrangement is openly accepted by their families.

The show Gandii Baat, exploring eroticism in rural India, is a perfect example of this. Controversial and popular at the same time, the show is currently streaming its fifth season, and has been directed by Sachin Mohite. Each episode features an eroticism-themed story from rural India.

Fabulous Lives of Bollywood Wives showcases an unconventional marriage between Seema Khan and actor Sohail Khan. While the two did not appear to live together, he did come in at times to spend time with the kids.

Talk of nose job and lip job were a hush-hush affair till now, especially among members of the film fraternity. However, the entire procedure was showed in an open manner on Fabulous Lives Of Bollywood Wives

There is a story angle in the show Four More Shots Please! where Saiyami Kher discovers that she is pregnant. While she has a miscarriage later on, the topic of an unwed mother is explored as she decides to keep the baby. Her family supports this move.

Godman as a conman

The show Aashram is based on a godman played by actor Bobby Deol. Issues such as rapes and drug trafficking by conmen passing off as gurus are explored in the series.