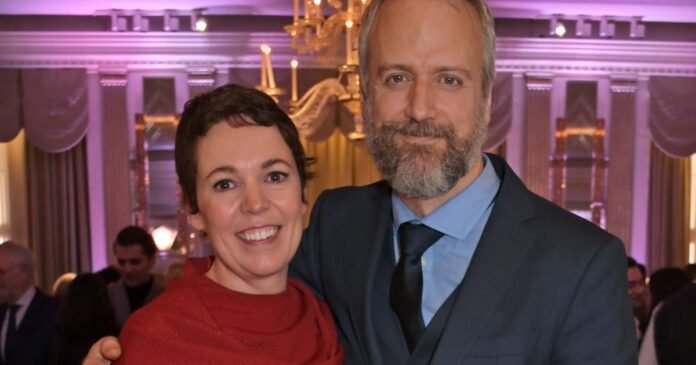 Olivia Colman openly shared that she was a fan of Botox back in 2015.

And even though The Crown actress, who is celebrating her 47th birthday on January 30, was not afraid to share she had tried the injectable and “loved it” she was not as forthright in declaring the treatment with her husband Ed Sinclair.

The Broadchurch star revealed that she kept her Botox a secret from her partner for six months before admitting that she had refreshed her complexion with the help of the injectables.

Olivia told The Times at the time: “I have done Botox and I LOVED it [but] I’ve done it when I know there is a big gap [between roles].”

She then added how she managed to keep the anti-wrinkle booster under wraps from Ed – who she wed in 2001 – by explaining: “I didn’t tell my husband and then for about six months he kept saying, ‘Hello, Pretty!'”

Oliva then told that after her husband continued to shower compliment on her she opened up on having Botox and he “found it hilarious”.

The critically acclaimed actress has never spilled on her exact reason for deciding to not share on her treatment with her husband but during the same interview, Olivia admitted that she doesn’t feel any pressure to conform to a certain body type.

Revealing her response if anyone asked her to lose weight for a part, she told the publication: “God help anyone who tries to suggest … If anyone told me I was too fat for a role, I’d have them.”

When Olivia won her Oscar in 2019 for Best Actress, she spoke of the difference in finding roles that suit her and being able to tell different stories, in her mid-40s, from when she began her career in her 20s.

She told: “In the UK, I think I’ve always found work, and I feel very fortunate. And I don’t know why, but there are more and more parts being written. The older you get, the more you have to say. The more that’s happened.”

Olivia also touched on ageing and Hollywood during a chat with Vogue in 2019.

She mused: “To be the ingenue and to keep working is rare because once people see you as that, they don’t like the process of ageing. Which is f**king ridiculous! I grew to my place.”

On getting older and changing, she continued: “Over the years, pounds have gone on, and my body has changed; I’ve had children. If someone doesn’t like me because of the size of my bum, they can f**k off. Because I’m quite a nice person to be with, actually.”

Sharing her gratitude on being up for great roles, she shared with the fashion magazine: “If you’re working, you’re so f**king lucky. A lot of actors better than me aren’t.”

Olivia and husband Ed have been together since they met at Cambridge University.

The smitten pair crossed paths during a production of Alan Ayckbourn’s Table Manners at Footlights.

And Olivia has previously told how she knew Ed was “The One” the moment she met him.

She told The Telegraph that when she saw him, she thought: “There’s the bloke I’m going to marry.”

Sharing on their relationship, she continued: “My husband and I were very lucky.

“We met when we had nothing and we loved each other then. So we were all right.

“We were 20 and he was also an actor. If you meet at that age then you are fine.

“For me, it was thunderbolts straight away. I still feel like I’m punching above my weight.”

Ed and Olivia share two sons, Finn and Hall, and a daughter – who they welcomed in 2015 – but the pair have chosen to never publicly share their daughter’s name.