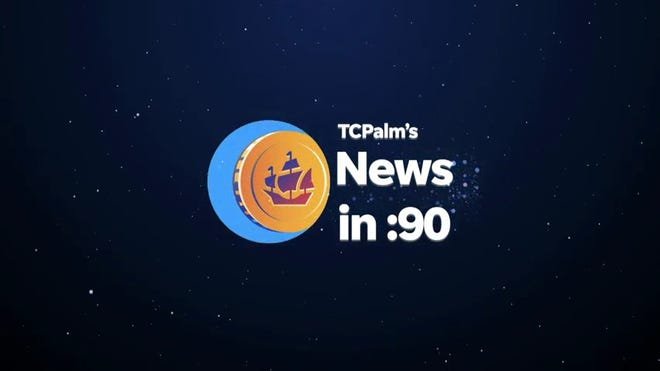 VERO BEACH —  A former Vero Beach certified nursing assistant charged in 2018 with stealing hundreds of thousands of dollars from a couple on John’s Island will spend a dozen years in prison, a judge ordered Thursday, according to a prosecutor and her attorney.

Chiquita McGee, 33, during an emotional hearing Thursday before Circuit Judge Dan Vaughn, was ordered to serve 10 years of probation upon release.

Arrest records show McGee and her sister, Sophia Shepherd, 34, who also was hired to help care for the senior couple, racked up more than $400,000 in charges on credit cards between February and November 2017.

The charges, records show, included fees for cosmetic dental work and plastic surgery, cruises, computers, jewelry, clothing and even an engine for one of their cars. Overall, police estimated the fraud committed by McGee and Shepherd added up to more than $543,000.

In April and May 2017, the pair convinced the couple to open credit cards under McGee’s and Shephard’s names, linked to the victims’ accounts, with an unlimited credit line. The fraud went undiscovered until November 2018, when it was reported to law enforcement.

Shepherd has pleaded not guilty to identical felony charges; her next court date is April 27, records show.

Nursing assistants, sometimes called nurses’ aides, help patients with activities of daily living and other health care needs, usually under the supervision of a registered nurse or licensed practical nurse, according to Nurse.org.

McGee pleads on day of trial

On Feb. 21, just before jury selection began for McGee’s trial, she entered pleas of no contest to one count of exploitation of an elderly or disabled adult, $50,000 or more and one count of scheme to defraud a financial institution, Evans said.

She had faced a prison range from three years up to 45 years.

“The exploitation of the elderly charge carries a substantial penalty, regardless of how much is stolen,” Evans said. “The Legislature has put a high value on these crimes. In other words, the sentence is very severe for that particular crime.”

The thefts were revealed after the couple’s family hired an accountant to help track expenses, Evans said.

When checking the couple’s online accounts, the accountant discovered passwords had been changed, which further piqued suspicion.

“She did get access online and saw the crimes online. It only took nine months to steal that much,” Evans said. “She (McGee) started stealing very rapidly and large amounts every day.”

Evans said before McGee was sentenced, the couple’s daughter told Vaughn how at the time her parents, although both suffered from dementia, cried when they comprehended that McGee had been stealing from them.

“It was a very emotional moment,” Evans said. “The daughter talked about the success that her parents had had in life, started starting out with meager means and had done well and had been married for a long time.”

The husband died a few months after the thefts were recovered, Evans said, and the wife is being cared for at an assisted living facility.

Before Thursday’s hearing, the couple’s family had asked the state to seek “a lenient sentence to not ruin her (McGee’s) whole life,” Evans said.

He called her criminal behavior an “aberration.”

“Even though it took place over a period of months, if you separate that, it’s not consistent with their character from what I’ve observed, and the way people relate to her and speak about her.”

McGee, he said, made an impassioned statement to Vaughn before sentencing.

“I believe her expression of remorse was sincere. She was so broken up, she could barely speak,” he said. “Her remorse was palpable. I could feel that she was sorry.”

McGee, too, had shared a “strong connection” with the couple, he said.

“The situation is sad for everybody,” he said. “At the end of the day, everybody suffers.”

If Shepherd is convicted, she and McGee will be responsible for paying any court-ordered restitution.

“They were both working for the couple,” Regan said. “What’s remarkable about Chiquita – and this is rare in my cases – she had so many people show up and speak so many good things about her.”

McGee was following his advice, he said, when she opted to avoid a trial and plead no contest.

“She recognized that if she were convicted, she stood the chance of getting a lot more time,” Regan said.

Melissa E. Holsman is the legal affairs reporter for TCPalm and Treasure Coast Newspapers, and is writer and co-host of Uncertain Terms, a true crime podcast. Reach her at [email protected]