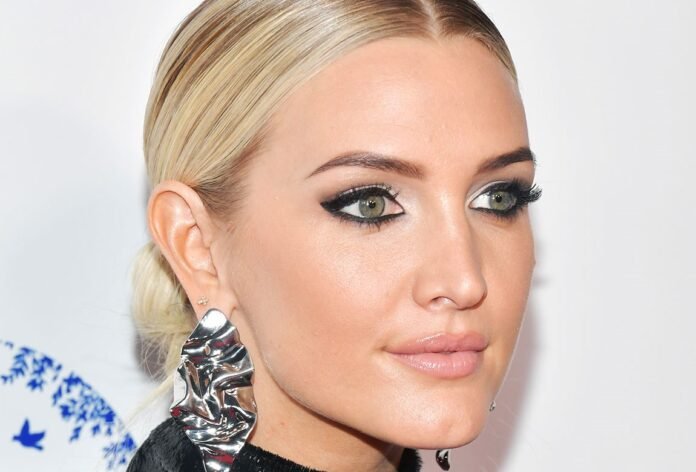 Non-surgical nose jobs aren’t necessarily a new practice, but with advanced techniques and the rise of social media, ‘liquid nose jobs’ are fast becoming a popular alternative to rhinoplasty.

Going under the knife to make your nose look better is a pretty common procedure – there’s been a whole heap of iconic celebrity nose jobs like Tyra Banks and Ashlee Simpson, as well as some rumoured ones – such as Blake Lively and Khloe Kardashian, whose before and after photos are pretty convincing (check them out here and here). But you might not have heard of non-surgical nose jobs.

Non-surgical rhinoplasty basically involves injecting dermal fillers to reshape, lift and contour the nose. The hyaluronic acid injection can be used to conceal issues such as a crooked nose or a bump on the nose, or it can help give the illusion that the nose is straighter and more refined.

Sounds pretty sweet, right? But there are also a few important things you have to factor in before signing up and taking the plunge, including how long the results last and the risks involved.

To find out more we had a chat with Dr Naomi McCullum and Dr David Kosenko from the Cosmetic Physicians College Australia (CPCA) to bring you absolutely everything you need to know about a non-surgical nose job.

What is a non-surgical nose job?

“Medical rhinoplasty (non-surgical nose job) describes a procedure where the features of the nose are changed or corrected using medical and non-surgical techniques, primarily using dermal fillers,” says Dr Kosenko. “The aim is usually to smooth the profile of the nose, elevate the tip of the nose, straighten the spine of the nose, or alter the contours of the bridge of the nose. It is not a new technique and many experienced cosmetic physicians have been using this technique for many years,” he adds.

Why is it so popular?

“The procedure has seen a rise in popularity recently as patients have become aware of the technique and realise that they can achieve improvements in the cosmetic appearance of their nose without surgery, and at a fraction of the cost of traditional surgical techniques,” explains Dr Kosenko.

Who are the best candidates?

So, can anyone get a non-surgical nose job? “The best candidates are those who want reshaping of the nose, to remove a bump, or a higher bridge. Those patients who need tissue removed from their nose to achieve the desired results are more suited to a surgical rhinoplasty,” says Dr McCullum.

What usually happens in a consultation?

What’s involved in the procedure?

The procedure itself is quite quick, and usually only takes around 30 to 45 minutes. “For filler injections to the nose, the skin will be cleaned and then dermal filler will be injected to create the desired shape discussed between practitioner and patient,” says Dr McCullum. “One to three treatments are usually required to achieve the desired results.”

Is there any downtime?

There is generally no downtime involved with a non-surgical rhinoplasty, and you should be able to get back to your daily activities immediately after the procedure. You may notice some swelling and bruising around your nose or under your eye area, but this should subside within a few weeks. If you have an event coming up, make sure you have the treatment well in advance (at least six weeks prior).

How long do results last?

Results aren’t permanent, but they should last around 12 months before you have to go back for a repeat treatment. “Maintenance treatments may be required every 12 to 14 months,” says Dr McCullum.

Are there any risks involved?

As with any cosmetic treatment, non-surgical nose reshaping also carries significant risks that you should be aware of prior to having the procedure performed. “The surge in popularity for non-surgical rhinoplasty has occurred at the same time as an increased reluctance by experienced cosmetic physicians to perform the procedure,” says Dr Kosenko.

“Cases of permanent blindness have been reported as a result of these treatments and it is generally agreed that this is the most dangerous area of the face to treat with dermal fillers. Treating the nose also carries the risk of tissue necrosis where an area of tissue ‘dies’. Both of these complications occur when dermal filler causes obstruction to the blood supply to the eye or tissue around the nose,” says Dr Kosenko.

Given the risks, seeking help from a qualified professional is imperative. “This is an advanced dermal filler procedure that can carry some risk, so patients are advised to see qualified and experienced cosmetic doctors that have the necessary knowledge and skills to not only perform the procedure but also in case of any complications that may arise,” says Dr McCullum.

How much does an average nose job cost?

While non-surgical nose jobs may be a more affordable alternative to surgery, you can still expect to pay around $1000 per treatment, depending on the type of filler used.

If you’re interested in other cosmetic enhancement procedures, here’s everything you need to know about dermal fillers.

Have you ever thought about undergoing cosmetic surgery? Have you ever tried dermal fillers? What do you think? Let us know in the comment section below.