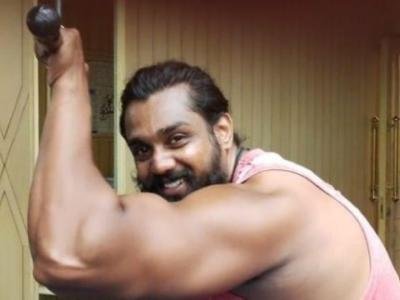 Everyone is singing praises for Dhruva Sarja’s Pogaru. The film has hit the theatres on February 19th and is going great at the ticket counters. It was the first big release in Kannada film industry after the theatres have opened. According to the reports, the first and second day collections of Pogaru in Karnataka is Rs. 21 crore. Dhruva thanked everyone for their support and love.

Pogaru, an action thriller written and directed by Nanda Kishore. BK Gangadhar bankrolled the movie. It was simultaneously shot in Kannada and Telugu languages and later dubbed into Tamil. Dhruva Sarja and Rashmika Mandanna shared screen space with each other in the film. Chikkanna, P. Ravi Shankar, Pavitra Lokesh, and Raghavendra Rajkumar and few others acted in the key roles in the film. Chandan Shetty scored music for the film and one of the songs named ‘Karabuu’ has got more than 200 million views on You Tube.

Dhruva Sarja stepped into film industry in the year 2021 with the movie, Addhuri. The movie turned out as the super hit and it brought him much appreciation and fame. Later, he acted in films like Bahaddur, Bharjari, Prema Baraha. There was a gap of three years before the release of Pogaru. So he pinned lot of hopes on the film and worked hard for the movie. Finally, his hard work paid off. Dhruva Sarja transformed himself and attained a toned body. Here are some of the posts from the Instagram of Dhruva.