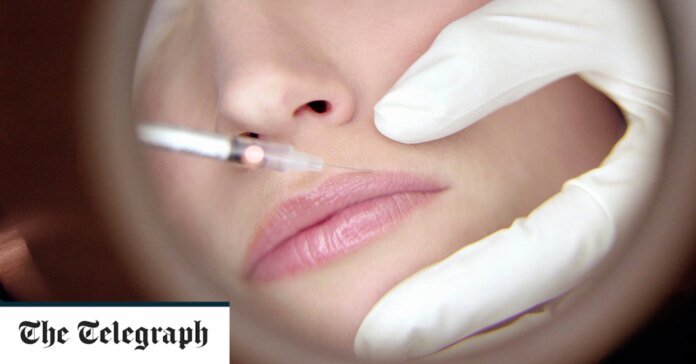 For others, it is less clear – they say not everything they make is essential.

Russia has been cut off from some supplies of Botox, for instance, after maker AbbVie temporarily suspended operations for all its aesthetics products in the country.

Last week US drugmaker Eli Lilly also said it would stop exporting some of its products into Russia. Its focus would be on getting cancer and diabetes medicines to people there, with supplies halted for others such as erectile dysfunction treatments.

Days later, British company GlaxoSmithKline suggested it too could stop supplying some non-essential medicines as part of efforts to prioritise essential treatments, such as HIV drugs. GSK is working through which products it would prioritise if importing into the country gets tougher, although it is still able to get everything through.

It is a thorny topic to navigate. “The line dividing essential from non-essential is usually fuzzy. Are plasters or passports essential? Maybe yes and maybe no. Sometimes people with heart conditions need to have aspirin, antibiotics can save lives,” says Oxford’s Hadas.

PureTech’s Zohar agrees. “If you think about Botox, then that can be used for things other than cosmetic reasons,” she says. “It can be used for headaches or excessive sweating, and those things might begin to fall into the realms of medical use. Drawing a firm line on this is difficult. It makes sense to try, but it isn’t easy.”

While the debates continue, another factor is bubbling away in the background. Cutting ties into Russia clearly comes with business risks.

Decisions now might shape which companies are more welcome in Russia when the war comes to an end, and if businesses try to re-enter.

Experts suggest any Russian regime – even one without Putin – are likely to think tcompanies that pulled out of the country have proved their unfriendliness, and may struggle to regain ground.

It is true the Kremlin has already been fierce in its threats against those opting to exit, with Putin this month claiming the country is looking at “legal solutions” to seize those businesses operations.

But, for a growing number of executives in the sector, concerns over what future they have in Russia are the least of their worries right now.

“I think you have to be comfortable that there might be some disruption later,” Zohar shrugs. “At the end of the day, many of us grew up with stories of World War Two and how people stood by and didn’t do anything. Most people I know really have a deep desire to try to do something and to not just watch on when something like Ukraine happens.”

Author on Ventilator, May Lose an Eye; Motive Yet to be Determined