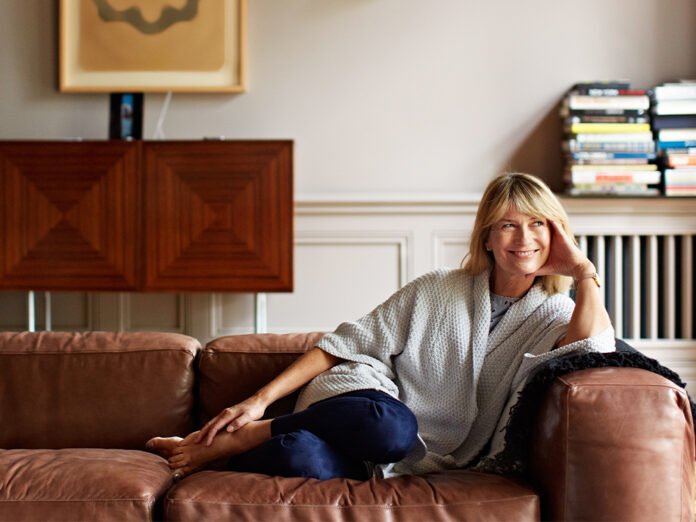 There’s been a lot of conversation around the topic of nonsurgical vaginal rejuvenation—some pro and some con. The treatments some women are getting down there to treat some postmenopausal symptoms have certainly been trending. According to the Aesthetic Society, nearly 18,000 nonsurgical rejuvenation procedures were performed in the U.S. last year alone. The aim is treat incontinence caused by aging and childbirth; to provide firmer, tighter vaginal tissue; and to increase sexual wellness.

A recent Australian study published in the Journal of the American Medical Association calls into question the efficacy of nonsurgical vaginal rejuvenation treatments that are laser based. According to researchers at the University of New South Wales in Sydney, one group of study participants were treated with a CO2 laser versus another group who were treated with a dummy procedure. Both the treated group and the nontreated group reported experiencing a positive physical benefit after 12 months, which researchers say is caused by the placebo effect.

Study coauthor Jason Abbot, who serves as professor of obstetrics and gynecology at the School of Women’s and Children’s Health of the University of New South Wales in Sydney, says that vaginal laser treatments do not work for postmenopausal symptoms. “For women who have postmenopausal vaginal symptoms, seeing their doctor to specifically discuss their symptoms and consider cheaper alternatives, such as topical estrogen cream, vaginal moisturizer or lubricants, may be appropriate.”

Unlike surgical vaginal rejuvenation, nonsurgical rejuvenation is noninvasive and involves using an energy device to heat up the tissues to promote collagen stimulation. “The two most popular noninvasive modalities would be fractional laser and radio-frequency- treatments,” explains Austin, TX plastic surgeon Jennifer Walden, MD. “They are similar in that both are aiming to remodel the vaginal mucosa. Laser resurfaces tissue to stimulate new, thicker and stronger tissue to regrow, while radio frequency uses thermal heat energy to tighten and restructure the collagen and elastin.”

So, do the study results mean that you should skip laser-based vaginal rejuvenation treatments? Not so says Duxbury, MA plastic surgeon Christine Hamori, MD, who cautions that a closer look at how the study was conducted is needed. Of the 38 women who underwent laser-based treatments and 40 women had dummy treatments, both reported the same improvement in symptoms. “The authors chose to assess efficacy at 12 months. Other vaginal laser studies in peer reviewed journals have shown improvement in symptoms and sexual function reported at three, six and 12 months. It may have been better to assess results earlier,” says Dr. Hamori.

“Laser-based vaginal treatments have actually been found to be safe and effective through clinical practice, experience and published scientific studies when performed by a qualified provider,” adds Dr. Walden. “It is important that patient expectations are managed such as the likelihood of needing a maintenance treatment in eight months to a year.”

Houston, TX plastic surgeon Olga Bachilo, MD  adds that she uses a variety of energy-based treatments instead of laser-based ones for patients who have specific concerns. “Like those with bladder sensitivity or darker skin tones,” she explains. “We provide Emsella, UltraFemme 360 and the O-shot,” she says. “Emsella uses HIFEM, or high-intensity focused electromagnetic energy to strengthen the pelvic floor; UltraFemme 360 combines radio-frequency and ultrasound to promote collagen production, blood flow and tightens vaginal walls; and the O-shot uses platelet-rich plasma to boosts blood flow.”

“We always recommend a specific treatment based on the patient’s needs and symptoms, medical history, their patient questionnaire answers and physical exam,” notes Dr. Walden. “If a patient gets a minimal response with radio-frequency treatments, we may then go on to get a robust response with ablative laser vaginal treatments and vice-versa. We feel that the two methods act synergistically and are not mutually exclusive.”

Laser Treatments: The 10 Most Effective Laser Procedures for Your Skin