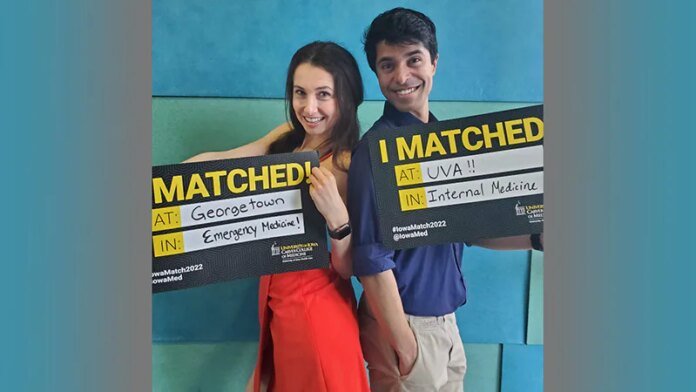 What a difference a year makes. For Ramie Fathy, a fifth-year University of Pennsylvania medical student disheartened last year after remaining unmatched, Match Day 2022 was a long-awaited celebration of success.

“I feel like my life is off pause,” Fathy told Medscape Medical News after learning he had gotten his first choice of residencies during Match Day last week: dermatology at the Johns Hopkins Hospital.

This time last year, Fathy was questioning his abilities and his chosen career path. “It was a shock, and I had to try to come to terms with it. You feel like you’re gutted. It was really difficult.”

In retrospect, he could not have imagined how useful the interim year would become to explore his chosen specialty, diversify his research portfolio, study with a desired mentor, become closer with family, and learn new skills, such as playing the guitar. “I would say matching makes it that much sweeter. It’s a difficult and unforeseen detour, but it is not the end of the road.”

Also sighing with relief following Match Day last week were Liana Meffert and soon-to-be-fiancé Soham Ali. The fourth-year students at the University of Iowa’s Carver College of Medicine in Iowa City had hoped to match into the same program or land residencies close to each other. 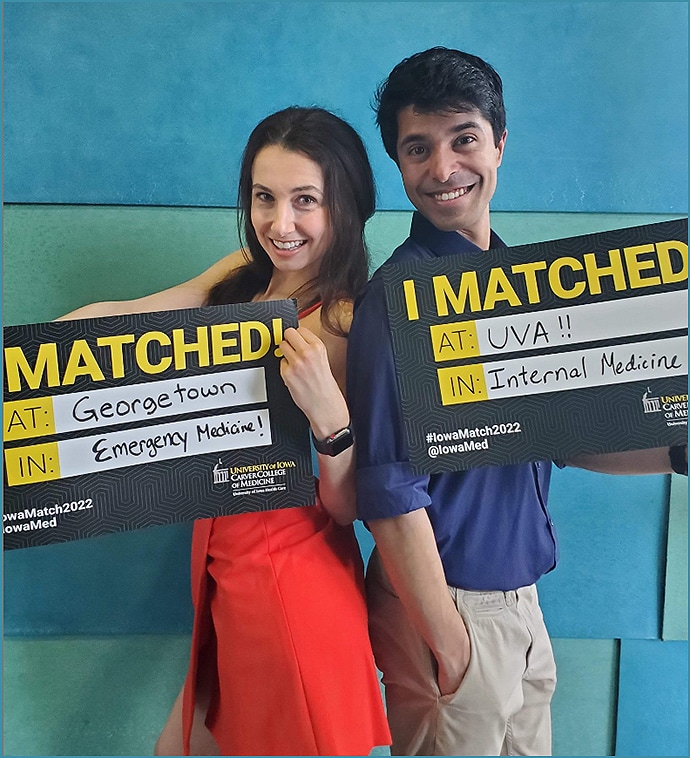 They got their wish. Meffert matched into Georgetown University for emergency medicine, and “Soham is an Amtrak ride, short drive, and even shorter flight away” in internal medicine at the University of Virginia, Meffert told Medscape Medical News. “We are excited to move somewhere a little warmer and for the change of environment! A fun mix of outdoors activities in Virginia and city life in DC.”

On Match Monday (March 14), Meffert shared: “We are feeling mostly relieved, I think. This was a difficult year to know what to expect and this day did not go as expected for several friends of mine.”

The couple had been cautiously optimistic up till Match Week. “We knew that statistically, there was a good chance we would match, but at the same time, I think we both kept the possibility that we wouldn’t match in the back of our minds,” Meffert said.

On Match Day, the National Resident Matching Program (NRMP) reported that the 2022 Main Residency Match included 39,205 total positions, a record number. Of those, 36,277 were first-year (PGY-1) positions, also the largest on record, and a 3.1 percentage point increase over last year, according to an NRMP news release. 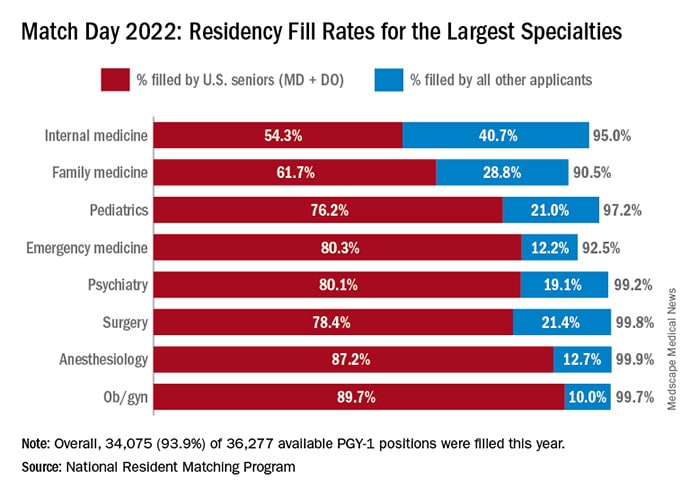 Pathology was the one specialty with 30 positions or more that filled fewer than 50% with US MD and DO seniors. However, the specialty achieved an overall fill rate of 98.1%, 1.7 percentage points higher than last year.

While the number of US MD and DO seniors increased (78 and 234, respectively) to all-time highs, there were 1433 fewer US citizen and non-US citizen international medical graduates who registered for the Match, NRMP reported. Sustained concerns about travel regulations and possible outbreaks of variant strains of SARS-CoV-2 could explain these lower participation rates, the organization stated.

Winners and Losers of Match Day

Known for his med school commentaries, Bryan Carmody, MD, MPH, blogged Monday about the winners and losers in this year’s Match Day.

The improved match rates suggest that last year’s lower figures were “a one-off as applicants and programs adjusted to a virtual application process,” he wrote.

Surgical specialties were big winners, according to Carmody: “Every single position in neurosurgery, orthopedics, otolaryngology, and vascular/thoracic/plastic surgery was filled in the Match.”

In recent years, there have been 20 or fewer unfilled emergency medicine positions, Carmody wrote.

NRMP reported that the number of unfilled positions in emergency medicine was driven in part by shorter rank order lists this year. Carmody said this information, combined with “the SOAP numbers, suggests that a smaller pool of applicants was targeting the same segment of programs.”

“Even though it doesn’t feel like it, there’s never been a more favorable ratio of positions to US MDs in the past 50 years.”