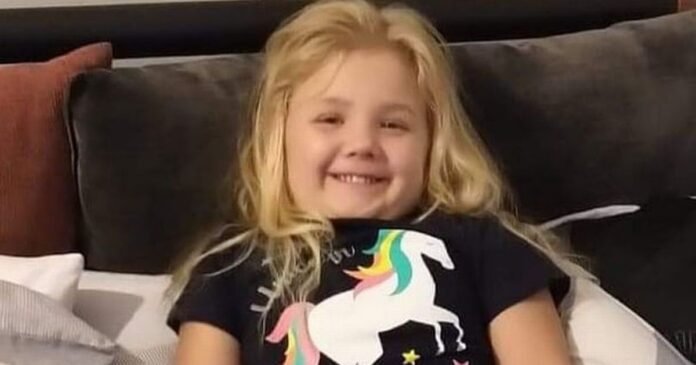 A brave mum was left needing plastic surgery after fighting off a dog that attacked her five-year-old daughter in their back garden.

Sophie Ferguson dragged the Staffordshire Bull Terrier – who had escaped from her neighbour’s home – away from little Alyssa after it bit her leg.

But on releasing the child, one-year-old Rocky then turned on Ms Ferguson, sinking his teeth into her leg and only letting go when owner Pauline Disley intervened.

The pet, who had leaped over the fence, left Ms Ferguson needing an extensive operation on her right leg, reports the Liverpool Echo.

Rocky was then taken away by the police and put down.

What do you think to this story? Let us know in the comments

Disley, 55, appeared at Sefton Magistrates Court yesterday where she was told she must pay her victims compensation.

Reading from a victim impact statement, prosecutor Angela Conlan said Ms Ferguson had previously had concerns about the dog, claiming it all barked “all the time”.

She said she had also seen its owners “hit it with a cane”.

Ms Conlan said: “She was concerned it would get through to her garden.”

The court heard Ms Ferguson had contacted the housing agency as the dog could fit its head through the panels.

The attack took place on June 2 last year after Rocky ran through an open gate and jumped over the fence before chasing Alyssa, Ms Conlan explained.

Ms Ferguson said she could see the dog biting her child who was “screaming and crying”, and she pulled him away.

The statement continued: “Rocky would continue to attack me, my daughter was desperate for someone to stop him.”

In a police interview Disley told officers she was responsible for the dog and it must have escaped after an internal gate was left open, the court heard.

The prosecutor said: “The dog was immediately handed over for destruction, I understand it was destroyed.”

Ms Ferguson suffered three wounds to her leg, one of which was a six by two centimetre laceration, and required surgery the following day.

Ms Conlan said Alyssa had suffered a bite to her right foot and bruising “consistent with a dog bite”.

Vicky Balenski, defending, told the court Alyssa had regularly played at Disley’s home with her granddaughter with the dog present, with “no other incidents”.

The solicitor added that the dog had “never been aggressive before” and was a “loving family dog”.

The court heard Disley’s husband, John, got the dog in a headlock and her son also came out of the house to help restrain him.

The defendant then called the police herself and said she didn’t want the dog “in my house now” and it was taken away to be put to sleep, said Ms Balenski.

The prosecutor added that Disley – who was remorseful over the incident – suffers from a number of health issues including anxiety, depression, fibromyalgia, osteoporosis and epilepsy.

Disley admitted one count of being an owner in charge of a dog dangerously out of control.

District Judge Andrew Shaw, sentencing, praised the defendant for her “responsible attitude” and co-operation with police following the attack.

“There is nothing to indicate the dog had a dangerous disposition beforehand, therefore it remains a mystery as to why he actually did what he did. Clearly he is a powerful dog,” the judge said.

Disley was handed a 10 week curfew which will run from 7pm to 7am.

She must also pay £600 in compensation to the victims.