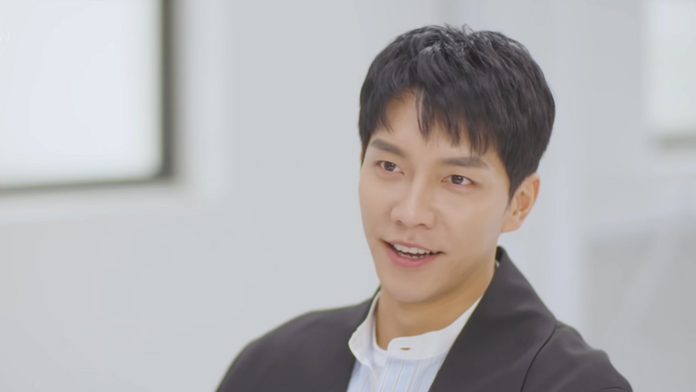 Lee Seung Gi has opened up about embracing his features despite his insecurities.

Together with Circle House co-hosts Han Ga In, No Hong Chul, Lee Lee Jung, and Oh Eun Young, the award-winning actor talked about self-esteem and loving their bodies.

Ha Ga In confessed that she once thought about going under the knife to have facial bone contouring surgery or altering the shape of the face, reducing some part of the bone or cartilage and resculpts to align with facial symmetry and profile.

The actress then explained that she doesn’t think that she’s “ugly”; however, she is “not that satisfied” with her overall appearance.

Surprisingly, Lee Seung Gi expressed the same sentiment and revealed that he also once considered altering his face.

Getting plastic surgery is not uncommon in South Korea. Some celebrities were open about it and said that it helped boost their self-confidence and how they perceive themselves.

For Lee Seung Gi, he admitted that he almost had a nose job to the point that he made an appointment, showing how he was decided at the time.

The Mouse actor thinks that it would help him “magically improve” his acting skills, so he thought about consulting an expert.

“I thought to myself, ‘If I get my nose done, I’ll totally be able to act better. Every day, whenever I had time, I would look at myself in the mirror and touch my nose,” he said, as obtained by SBS Star.

Why Lee Seung Gi Backed Out on His Supposed to Surgery

It was during when he had successfully completed his military service and thought that he looked “weird for some reason.”

The award-winning actor then opened up that he had set the day of his operation and had paid for the initial fee without his agency knowing his plan.

In addition, since the doctor explained that the changes would be minimal, Lee Seung Gi then decided to do it secretly.

“I really was going to go through with it because the doctor told me that there will only be a subtle difference that it would be hard to tell that I got a nose job,” he added.

At the time, he was firm that he wanted to get his nose done, but what suddenly changed his mind after some realizations.

“I put a lot of thought into it and decided not to get it because I realized that I have never made my living off of how I look. I thought that I might as well just work out more.”

Despite sticking to his decision not to go under the knife, the 35-year-old star is one of the most sought-after leading men in K-drama, with a slew of recognitions under his belt.

From the music industry, like the Golden Disk Awards and Mnet Asian Music to Baeksang Arts awards, he has proven his skills as a total entertainer.

IN CASE YOU MISSED: Lee Sung Kyung Net Worth: Weightlifting Fairy Kim Bok Joo Star Made This Much As Model-Actress

Stay tuned to EpicStream for the latest news and updates about Lee Seung Gi.