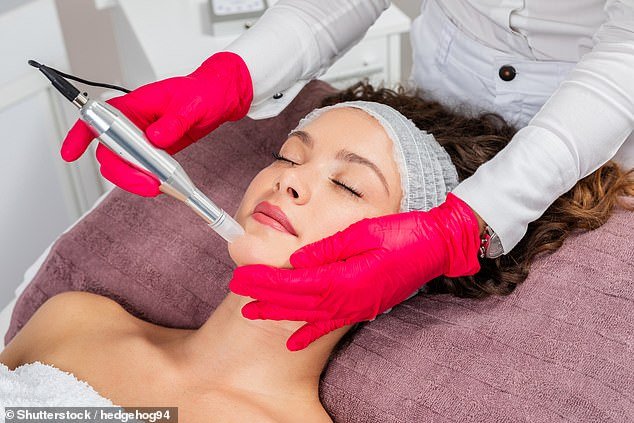 As Americans return to a more ‘normal’ life following two years of COVID-19 protocols, many have a desire to look their best — and they’ve also got savings to burn.

CNBC reports that procedures at medical spas are up, with customers getting more ‘robust’ treatment plans including things like laser hair removal, Botox, and Juvederm.

And that’s on track to continue: According to ReportLinker, the US medical spa market was estimated at $4.8 billion in 2021, with about $12.73 billion globally — and the global market is expected to balloon to $25.9 billion by 2026.

The trend toward growth is occurring worldwide, but the US makes up 37.7 per cent of the market — and Americans are ready to embrace life without lockdowns. 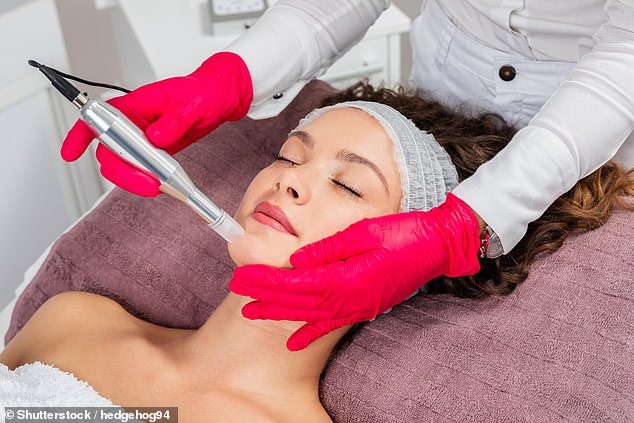 Industry experts report that procedures at medical spas are up, with customers getting more ‘robust’ treatment plans. The US medical spa market was estimated at $4.8 billion in 2021 (stock image)

Speaking to DailyMail.com, Suzanne Munshower, owner of Beauty Marx, an aesthetic medspa in Doylestown, Pennsylvania, explained that she has seen a big surge in the number of new clients requesting a full range of services, instead of simply dipping their toe in the water with one or two.

She says her business’s usual Spring surge in demand has happened five weeks early – explaining that many of her patients have said they want to get themselves ready for big events, now that they are taking place again.

‘The first is a greater request for full face injectable rejuvenations, from newer clientele. This skipping over of the traditional dipping-their-toe-in-the-water, suggests an increasing normalization of medical aesthetic services.

‘Second is that our Spring busy season kicked off five weeks earlier than usual, which in conversation is linked to patients mentioning a return to charitable events, weddings, vacations and getting back in front of customers.’

‘People kind of want to look their best now that they’re getting out of Covid,’ Alicia Bernal, manager of the Z-Center for Cosmetic Health in Sherman Oaks, California, told CNBC.

‘So they want to treat their skin, and they’re investing more into procedures that give them long-term effects versus just doing injectables to kind of give you only short-term outcomes.’

Devin Haman, CEO and Co-Founder of Beverly Hills Rejuvenation Center, added in an article for Forbes: ‘The emotional impact of this pandemic and all its related effects have brought a lot of new customers into the fold as people tried to invest in themselves through relaxation, beauty treatments, and lifestyle advice.’ 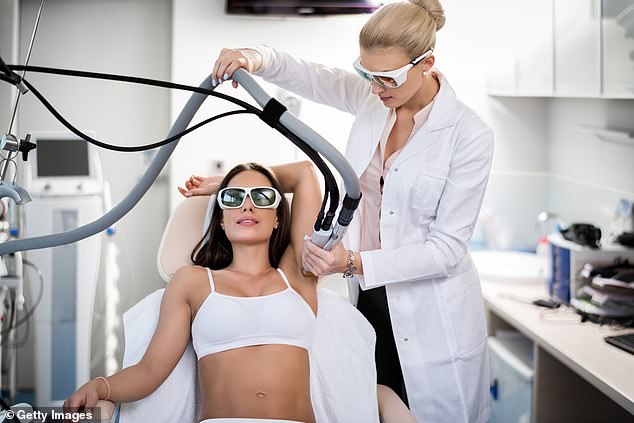 Experts suggest it is in part due to people wanting to look their best after being at home. The American Society of Plastic Surgeons also cites the ‘Zoom Boom (stock image)

While reentering the world is a contributing factor, the prevalence of Zoom video calls has contributed to a higher interest in facial procedures as well.

CNBC points to a 2021 study by the skincare brand StriVectin, in which 44 per cent of 2,000 surveyed said they researched how to look better on these calls, while a third have considered cosmetic procedures.

Writing for the Boston Globe this month, Kara Baskin said that she made her first Botox appointment ‘after two years of eating more, moving less, and staring at my every wrinkle on Zoom.’

In fact, the American Society of Plastic Surgeons even has a name for the phenomenon: the ‘Zoom Boom.’

According to the American Med Spa Association, the three most popular procedures are skincare-related, and mostly focused on targeting signs of aging.

They include neuromodulators like Botox, hyaluronic acid fillers like Juvederm, and microneedling, which is used to tighten and remove acne scars.

In fact, anecdotal evidence shows an increase in demand for body sculpting procedures as well.

Katie Din, the owner of Flawless Image Medical Aesthetics in East Syracuse, New York, speculates that this is because so many people have gained weight.

‘Our weight loss section has been busier since the pandemic because a lot of people put on weight working from home, not having to go out in public,’ she said.

There has been such a growing interest in getting work done that one New York City med-spa, The Well, did away with its membership plan and inviting anyone to make an appointment.

The Well’s CEO, Rebecca Parekh, told Fortune that they have also seen ‘a tremendous amount of demand for private events’ as New York reopens.

‘From birthday dinners to bridal party foot rubs and brunch to corporations looking for new ways to bring their team together with full buy-out of talks and movement classes and treatments, we’ve been able to develop some amazing programs that are fun, experiential, and safe,’ she said.

NSAIDs like ibuprofen may actually be causing your chronic pain, not helping