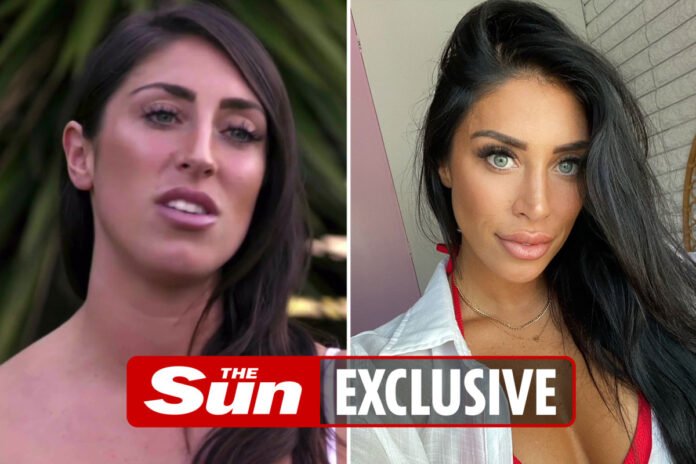 MARRIED at First Sight Australia’s Tamara Joy has revealed all about her secret plastic surgeries since leaving the show.

Fans of the reality show – which has aired on E4 in the UK – have noticed Tamara’s new look and she admits she has undergone a nose job, breast enlargement, lip fillers and botox since taking part in the series in 2018.

She told The Sun: “I was also eating a lot more than I normally would – I put on almost a stone while I was on the show as I was stressed about eating a lot.

“We weren’t talking a lot so we just drank and ate. I won’t lie, seeing yourself on TV, you do see yourself from different angles and it does make you reconsider your appearance.

“I’m happy on the show, but I’m also happy in myself now. There’s no shame in changing yourself.”

She continued: “I’d had my first boob job when I was 20 and there were complications so I decided to go bigger when I had my nose done, I got a discount.”

Tamara is still single after her husband on the show, Dan Webb, cheated on her with Jessika Power, and now a full time influencer .

She hopes to come to the UK as soon as she is able to, saying: “I’m ready to meet an English gentleman.”

Tarama also revealed how Dan had threatened her in a secret drunken rage after spending the day drinking with some of his co-stars.

Recalling the moment back at their flat, she said: ““I started cooking eggs on toast because I didn’t want to be hungover the next day filming, when suddenly Dan stormed out of the bedroom and in his briefs, like Conor McGregor.

OUT OF THE BOX

“He huffed and puffed and demanded to know what I was up to and blocked me off in the kitchen, stopping me from getting out.

“I was holding my plate trying to walk out and he pushed me back into the kitchen and slammed the fridge door closed. My plate smashed on the floor and I was terrified. He’s a big guy, I didn’t know him well, I was intimidated.

“I ran out of the apartment crying. I went to the resident producer and demanded she get me another apartment. I said, ‘I’m not staying with him, otherwise I’m leaving.’ She told me to chill out and they separated us.”

Married at First Sight Australia airs on E4 in the UK.