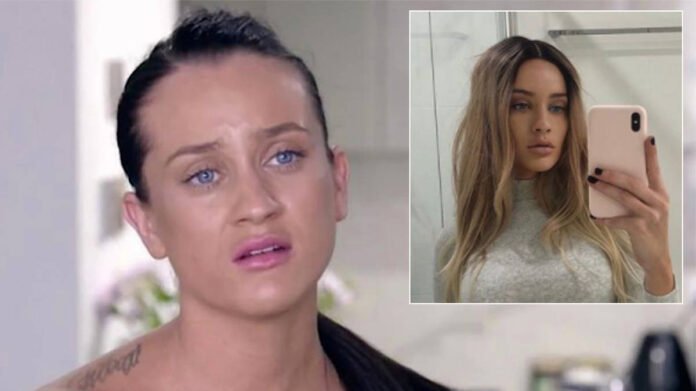 Ines Bašić from Married at First Sight Australia has got a whole new look.

Married at First Sight Australia has well and truly got us hooked.

The sixth season of the social experiment is currently airing on E4 after being filmed back in 2019.

And one woman who was definitely at the forefront of the drama was Ines Bašić who was originally paired up with Bronson Norrish.

Things took a turn for the worse when she supposedly had an ‘affair’ with fellow MAFS co-star Sam Ball – although he has since denied this.

But two years on from her time on the show, and Ines has not only moved on from both Bronson and Sam, but she has also got herself a brand new look.

Regularly sharing snaps with her 206k Instagram followers, Ines can be seen with lighter coloured hair which has been cut into a mid-length.

Ines has also previously opened up about undergoing a few procedures to change her look, including lip filler, veneers and botox injections.

She told The Sun: “When the dentist redid my mouth it changed the alignment and it was sort of like having a jaw reconstruction too.

“I also get Botox in masseter muscles, that’s why my face now looks a lot different.”

Speaking about her ‘effortless’ look, she added: “Furthermore, she added: “I’ve watched UK shows and they all seem to be crazy blonde girls with fake nails. Their shows are so much more hectic.”

Ines got her veneers almost ten years ago when she was just 21-years-old, as she explained to Now To Love: “The teeth I was born with were really small, plus I had low enamel so they were always discoloured.

“When I turned 21, I got veneers. [Eventually] I realised they weren’t functional. Now the tooth length suits my face and my jaw no longer swings to the right.”

This comes after the reality star hit back at recent criticism which branded her the ‘villain’ of the 2019 show.

She said: “I want everyone to know I’m a really nice girl, at the time I was just close-minded and it was all filmed two years ago. I couldn’t even be that person again if I tried.”

Now Read: Which Married At First Sight Australia couples are still together now?