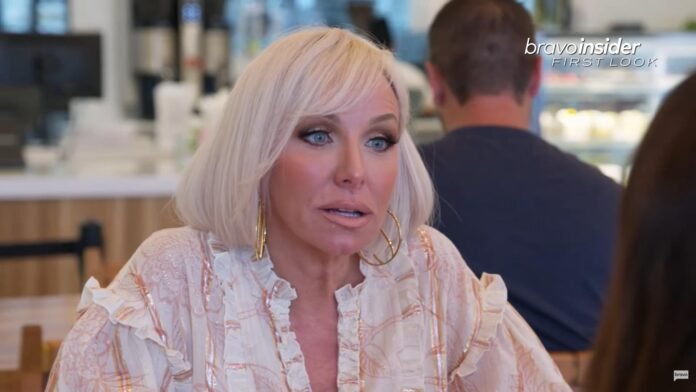 Margaret Josephs has been busy discussing Jennifer Aydin’s marriage with Bill, but there’s another distraction getting in the way for fans – her face lift. Since she went under the knife, viewers have given their opinions.

She was also accused by Teresa Guidice of getting involved in rumors about Jackie’s husband Evan Goldschneider. So while the drama continues on RHONJ, we’re seeing much more of Margaret – and therefore her plastic surgery.

The reality TV star has been open about her surgery journey since season nine, when she contemplated getting a face lift in her mother’s footsteps. She eventually caved and had the procedure done, which is still evident three years later.

From her real age to plastic surgery, Reality Titbit has all the deets about just how she stays looking so young.

How old is Margaret Josephs?

Born on April 9th 1967, Margaret is currently 54 years old. Some fans are unaware that the RHONJ star was born in the 60’s, which is down to not just her natural appearance, but getting plastic surgery in 2019.

Her mom Marge Sr. is often spotted with Margaret at events, and could pass for her sister, despite being 72. She is just 20 years older than the Bravo reality personality, so they’ve pretty much been friends as much as mom-and-daughter.

Margaret was brought into the world in Elizabeth, New Jersey, and went on to marry Joe Benigno in 2013. He is 12 years older than her, and is currently 66 years old – having been born on November 12 1995.

Margaret pondered whether to get a facelift like her youthful-looking mom during season 6 of RHONJ. She eventually decided that she would go for it, and underwent the procedure back in 2019.

She has also had a breast augmentation and veneers done to change her appearance. During an interview with Bravo Lookbook from 2019, Margaret said: “You know, it’s okay to tweak. We just like to look natural.”

Up until 2019, the fashion designer only got injections, and just had her eyes done up until five years ago, including an eye and brow lift, before joining the RHONJ cast. Then her mother joked about getting a face lift with her daughter.

But only Marge Sr. went ahead with the procedure in 2018, until Margaret decided to do the same a year later. She then showed off her new look – much pointier chin, a chiselled jawline, and plump cheeks – on the season nine reunion.

In an Instagram post, she told her followers her lift was done by Dr. Karolak, who also works on a number of the RHONJ cast members. In his own post, Karolak shared that he also gave the star a neck lift and a lower eyelid lift.

Before and after her facelift

Margaret actually looked older back in 2018 compared to today, thanks to her facelift. She has always been incredibly open with fans and Bravo viewers about her surgery, contrasting with some celebrities who deny procedures.

Looser skin around her face and neck could be seen on Margaret before going under the knife. So now despite being born in the 60’s, her age is much less obvious, and is instead a question many viewers ask on the regular.

She also revealed a significant weight loss in March 2020, which only made her look younger. And although she never underwent procedures growing up, Margaret did start wearing false eyelashes from the age of four!