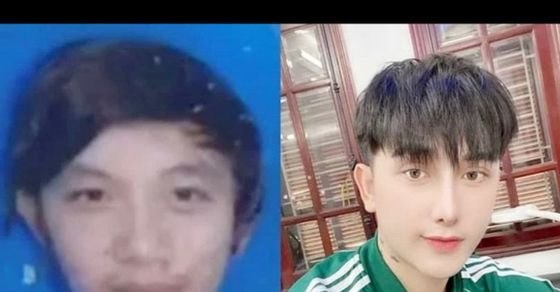 Đỗ claimed that he underwent cosmetic surgeries after he was laughed at for his unattractive looks by the interviewer when he was trying to get a job. | Image: quyen_do8/TikTok&nbsp

A 26-year-old Vietnamese man has claimed that he underwent nine plastic surgeries after he was laughed at for his looks during a job interview. Đỗ Quyền shared photos of what he claims is his former self before undergoing nine plastic surgery procedures.

After Đỗ posted his before and after looks on TikTok, social media users were left shocked as he looked a completely different person. Everything from the shape of his face to his eyes and nose was changed.

Đỗ claimed that he underwent cosmetic surgeries after he was laughed at for his unattractive looks by the interviewer when he was trying to get a job.

People have been sceptical over his before and after photos as many can’t believe that it is really him.

He said that his “inferior” looks made it hard for him to get a job. When he was humiliated by a potential employer in an interview, he decided to change his looks.

Đỗ said that he funded the plastic surgeries from his own savings.

“The first time I came home after plastic surgery, my parents did not recognise me. I expected as much, but I still could not hold back my tears,” he said, according to Oddity Central.

Despite some criticism, Đỗ says that he has regrets about undergoing cosmetic procedures. He tells his followers to do whatever makes them feel comfortable.

He said, “Always be strong and find the beauty that you are most confident in. The standard of beauty for me is that when you look at yourself in the mirror and you feel satisfied and confident.”