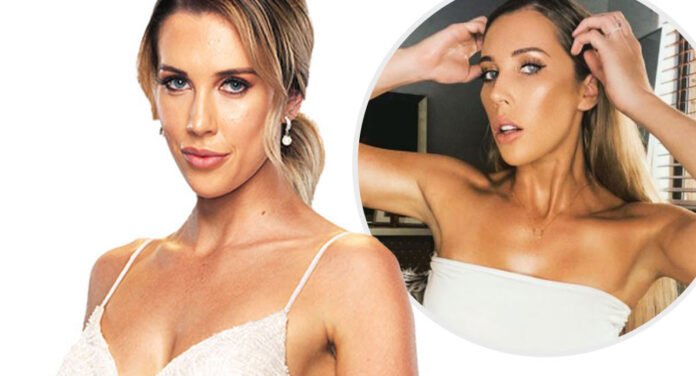 She’s one of this season’s most glamorous brides, but Rebecca ‘Beck’ Zemek rocked a far more alternative look as a teenager.

The bride once had bleached-blonde hair, pink clip-in extensions and her tan was nowhere to be seen!

These days, Bec, 27, insists her new look isn’t the result of surgery, telling New Idea, “No cosmetic surgery for me. However, I support it in the respect for someone’s confidence.”

Rebecca Zemek (pictured) is set to appear on the latest season of MAFS.

The confident business manager, who has been described as force to be reckoned with, knows what she wants when it comes to her husband.

Recently separated from her AFL player ex fiancé, she’s looking for someone with good banter, cheek and attitude but they’d better watch out if they love watching Netflix at night or are an open-mouth food chewer!

Bec insists her look isn’t the result of surgery.

With more than 2,000 followers ahead of the 2020 season premiere, Rebecca is bound to get more as the series progresses.

Now in its eighth season, MAFS has birthed some incredible love stories and even more incredible drama so we’re getting excited for another fresh batch of brides and grooms.

Speaking exclusively to WHO ahead of the new season, Mel Schilling said unlike last year, season eight will be “very different”.

“If we look at the broader journey of MAFS it’s more of a throwback to seasons five and six in that the love stories have become more the focus,” relationship expert Mel said.

“Obviously last season there was a lot of drama as we know (we’re still getting over it!) but we had a group of people who probably weren’t as engaged in the process as we would’ve liked.

“All of us behind the scenes worked really hard to make sure that we got a very different set of people who genuinely want to fall in love and are willing to try absolutely anything to make that happen,” she added.

For more, pick up the latest issue of New Idea. Out now.