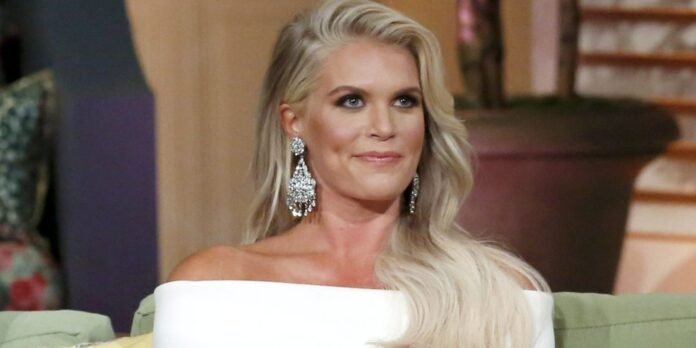 Madison LeCroy is a controversial Southern Charm villainess and blonde bombshell, and she’s now decided to show off some skin. She unveiled her post-plastic surgery body with pictures that she posted to Instagram. The mother of one decided it was high time to treat herself to a mommy makeover. She’s the mother of a son named Hudson, who is now 8.

Related: Southern Charm: All the Reasons Why A-Rod Would Reach Out to Madison LeCroy

First, Madison decided to get her groove back by revealing her new breast implants back in November. She is now embracing her body after plastic surgery, and fans think that she looks great. Madison posted a picture of herself naked from the waist up. She was holding her breast and smiling.  Check out her post below:

The reality star and mom, whom John Pringle once crushed on, wanted a little pick-me-up and wasted no time scheduling her mommy makeover procedure. She did this after a rough summer and a tough breakup with Austen. Madison is known for working out very hard, and she stated via her social media that she was happy with her cosmetic surgery results. She wrote, “Plastic surgery. Two words I hadn’t given much thought to. I never thought I would need, much less want, plastic surgery. However, after giving birth to a 10lb baby eight years ago, I no longer felt confident in my own skin.” Bravo fans could hardly fault the mom for wanting to feel confident again. They also noted that she addressed her obsession with fitness and diet, saying that paying close attention to both did not always give her the desired results. She even talked candidly about areas that did not bounce back, saying, “Women should never be shamed for doing anything that makes themselves more confident or love themselves more. If it makes you feel better about yourself, do it!” Bravo viewers felt she had done the right thing for herself.

Madison, who’s been linked with Jay Cutler as of late, urged her followers to support any women in their lives who were thinking about getting plastic surgery, and even quoted Dolly Parton, who said, “If I see something saggin’, baggin’ or dragin’, I’m gonna have it nipped, tucked or sucked.”

Hopefully, this makeover will be a new start for Madison. Bravo fans are looking forward to seeing her on the next season of Southern Charm since she certainly brought the drama this year.