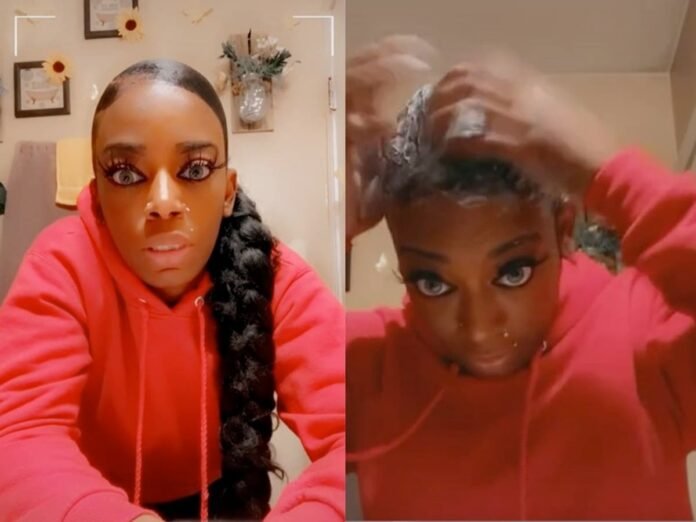 A woman dubbed the “Gorilla Glue girl” has revealed that doctors found lumps in her breasts during a pre-surgery consultation prior to an abdominal liposuction and a breast lift.

Tessica Brown, 40, from Louisiana, went viral on TikTok in February when she posted a video asking for help from other users after she was unable to get Gorilla Glue out of her hair.

Ms Brown put the adhesive in her hair in January when she ran out of her normal product prior to a date with her fiancé, but was then unable to get it out despite a visit to her local hospital and attempts with several home remedies.

The glue was stuck in her hair for more than a month, before Beverly Hills surgeon, Dr Michael Obeng, performed a $12,500 (£9,000) procedure for free in order to help Ms Brown’s locks return to normal.

However, during a mammogram with Dr Obeng as part of a consultation for a scheduled breast lift and abdominal liposuction last week, the doctor found lumps in her breasts, TMZ reported on Saturday.

Ms Brown hired an agency and celebrity management team following her viral fame, and her manager Gina Rodriguez confirmed to TMZ over the weekend that Dr Obeng found masses during the consultation.

Her manager added that she thinks the Gorilla Glue ordeal was meant to happen in order to lead to the discovery of the lumps.

Doctors have already performed surgery to remove them from Ms Brown’s breasts, and the masses are currently being tested for cancer.

Ms Brown has donated $20,000 (£14,343) of the GoFundMe money to Dr Obeng’s Restore Foundation, which helps those who need reconstructive surgery.

The remainder of the funds will be used by Ms Brown to pay for the ER visit she made following the glue incident and the cost of flying to Los Angeles for the initial surgery with Dr Obeng.