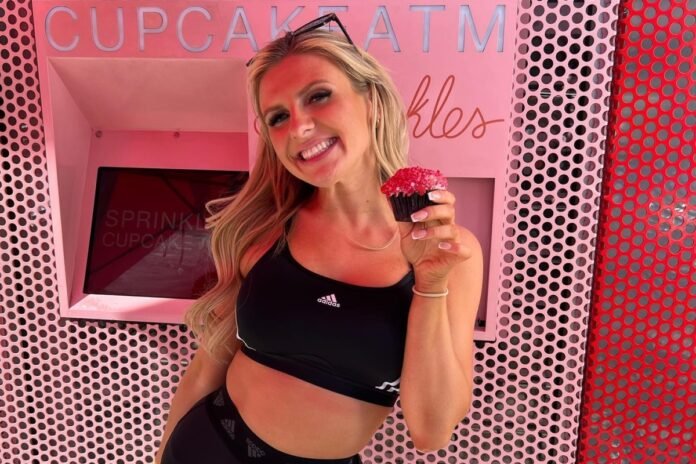 LOVE Island’s Chloe Burrows has hit back a troll who branded her “thick” and told her to stick to promoting Botox and fillers.

The social media spat began when Chloe tweeted: “Why am I seeing tweets about ww3???!!!!!”

Her question was in relation to some Twitter users fearing Russia’s attack on Ukraine could lead to a global war.

A troll commented: “You’re probably too thick to realise what a WW is. Carry on promoting lip filler and Botox.”

She added: “P.s if you wanna get Botox and filler then bloody go for it.”

Her post did the trick with the troll backing down and saying: “That’s more than me. Fair play to you. That’s shut me up 😂😂.”

Chloe, who is still in a relationship with her Islander partner Toby Aromolaran, recently enjoyed a fun trip to Los Angeles to shoot a new campaign with JD Sports.

In one shot, the reality TV star wore a black sports bra and gym leggings as she playfully posed in Venice Beach.

She also stopped by the Sprinkles Cupcake ATM in Beverley Hills and posed for photos in front of the Paul Smith Pink Wall on Melrose Ave.

Chloe also revealed she tried West Coast burger franchise In ‘n’ Out Burger and hiked up Runyon Canyon, where walkers can get a good look at the city’s Hollywood sign.