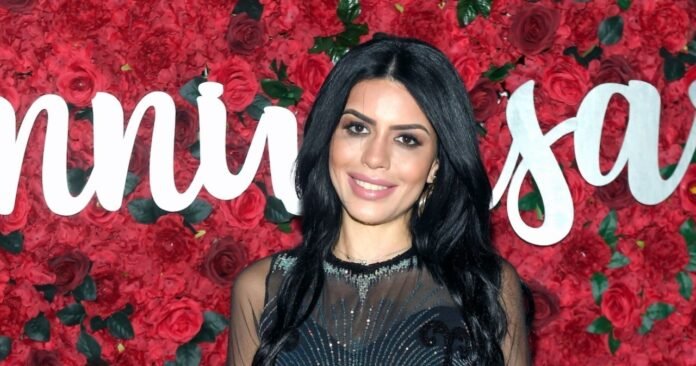 “Today has been one of the worst days of virtual bullying for me,” Dos Santos Lima wrote on Instagram, alongside a selfie. “This [does] not make me afraid, I will still [be] posting my pictures, talking about my procedures and earning my money the way I choose [to] live my life and the way I choose [to] change or not my body.” However, she told fans she has never “received so much hatred, the majority from women,” before.

According to the TLC star, the people she has met in person since moving to the U.S. “have been welcoming and wonderful,” but the people who write about her online are completely different. “One in the public eye has to grow a thick skin, but the constant [bullying] against the cast members will push someone to the brink one day that he or she can no longer take it,” Dos Santos Lima continued, adding that she hopes TLC will step in to protect immigrant cast members in the future. “I brought a lot of viewers in every Sunday night and got little in return. I pray the others don’t ever feel like I feel today,” she wrote.

Dos Santos Lima has undergone plastic surgeries for her nose, lips, cheekbones, chin, breasts, and butt, notes Us Weekly. She has been chronicling the procedures on social media and even during episodes of 90 Day Fiance: Happily Ever After? last year. In September 2020, TMZ reported that she spent over $72,000 to undergo a complete makeover to look like Kylie Jenner. She then showed off her new figure on the live-streaming webcam site CamSoda.

Some of the criticism of the plastic surgeries is her own ex-husband. In an interview with Us Weekly, Johnson said he “can’t keep track” of the number of cosmetic surgeries Dos Santos Lima has had. “I feel like every week there’s a new surgery with her or something or other,” he said. During their relationship, Los Santos Lima mentioned getting breast augmentation, but never said anything about having as many procedures as she has had since their divorce, Johnson said.

“I think Larissa talked about maybe getting [breast augmentation] or something like that, but that was it,” Johnson told Us Weekly. “I had no idea she had this whole laundry list of things she wanted to change. … Larissa looks different on the outside and I think on the inside she’s a different person.” 90 Day Fiance airs Sundays at 8 p.m. ET on TLC.