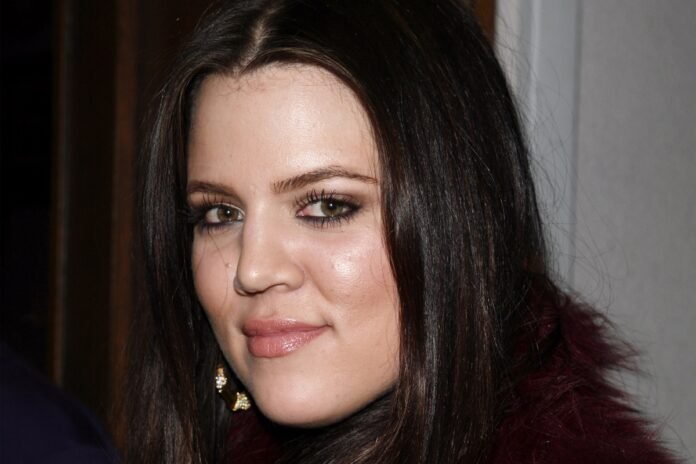 KHLOE Kardashian has changed looks several times through the years, at one point confessing to getting a nose job.

Even after her procedure, she often shocks fans with new photos online, appearing almost unrecognizable.

The Keeping Up With the Kardashians alum’s appearance is often a hot topic among fans.

While it’s often her face that fans have comments about, her body is also the subject of much discussion.

As of late, fans have expressed major concern for Khloe, 37, as they believe she’s taken slimming down a bit too far.

The mom of one has made a habit of sharing selfies in the gym, which recently have raised some eyebrows. 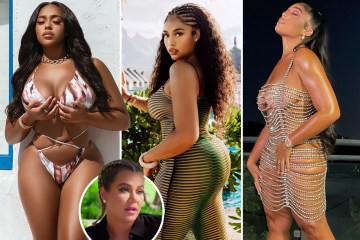 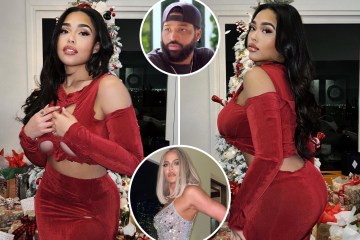 Khloe wore a taut beige SKIMS bodysuit tucked straight into a pair of jeans from her Good American line as she walked around Calabasas, California.

The high-necked bodysuit clung to her thin frame, showing off her flawless figure.

She topped the look off with a pair of oversized black rectangular sunglasses, her long blonde hair in loose waves around her shoulders, and a smile on her face.

The outing came amid an increasing number of gym selfies from the star, who has been working out harder than ever.

Some of Khloe’s workout photos have made their way onto Reddit, where fans have expressed worry.

While posting screenshots from the video, a user began: “I know Khloe seems very happy with her body lately and I’m happy for her, but I can’t help but be concerned when she posts these stories because she’s so skinny so suddenly?”

Another commented: “Wow that barely looks like her face.”

The comments about Khloe’s face echo critiques that have been made several times throughout the years – largely post-nose surgery.

Many often note that her nose looks thinner, or more chiseled, from one picture to the next.

Here’s a look at Khloe’s changing nose through the years.

The Kardashian family was thrust into the spotlight in 2007 with the premiere of their hit reality show, Keeping Up With the Kardashians.

Early on, many fans noted that Khloe stuck out next to sisters Kim and Kourtney.

Her hair wasn’t the same jet black as sisters Kim and Kourtney and she wore the signature Kardashian curves slightly different than her siblings.

Khloe has been open about the fact that she has many insecurities, most of which stem from the way she was treated alongside her sisters and the comparisons she’s faced during her time in the spotlight.

During a KUWTK reunion special hosted by Andy Cohen, Khloe confessed: “Interestingly enough, I was so confident and secure before the show.

“I became insecure because of everyone else telling me.”

Khloe went on: “We did so many photoshoots where they would receive racks and racks of clothes and I was told by so many different stylists, I was given about two or three pieces of clothing but not to worry because I would be in the background anyway.

“I don’t want people to feel like they have to be a certain size to be accepted.”

In 2015, however, she stepped out in an early version of the woman fans know today.

She dyed her dark brown hair blonde, began to slim down a bit and started rocking a slightly more elevated style than the one she’d been sporting for years prior.

Khloe continued shedding pounds, rocking sexier looks with each appearance and getting ever more daring with her hair.

By 2018, she’d gone fully blond and began vacillating between medium-length hair in loose curls and a short bob.

With the changes in her hair and other physical aspects came increased confidence, which showed in her style.

It was around that point that fans began buzzing about Khloe’s looks.

The mom of one stayed quiet amid repeated rumors of plastic surgery.

She began sporting sexier looks, showing more skin, all the while hitting the gym hard.

Sisters Kim and Kourtney joined her, documenting the journey all the while.

Speculation reached an all-time high in 2020 when Khloe shared a video on Twitter in which she looked like a new woman.

Her nose appeared significantly slimmer, as did her chin.

Finally, in June 2021, Khloe came clean about getting plastic surgery.

During the KUTWK reunion, which followed the final season of the show.

Andy asked: “Is there something that has been written about you or talked about that you feel like, ‘This is something that I always get, and it’s just not true?'”

“And everyone gets so upset. Like, why don’t I talk about it? No one’s ever asked me.”

She went on: “You’re the first person in an interview that’s ever asked me about my nose.’

Since then, Khloe has continued to share photos on social media that leave fans guessing about what she has or hasn’t done to her face.