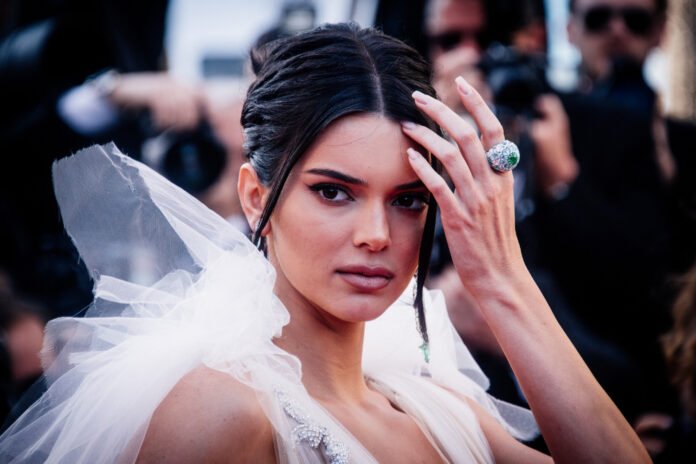 When you hear the name Kardashian, a few things may come to mind. A successful reality TV show, formidable business empires, or even the most sought-after beauty trends. Needless to say, Kendall Jenner has quickly become a household name in her own right, blossoming from a shy teen to a runway extraordinaire.

While the 23-year-old considered the epitome of natural beauty, Kendall is no stranger to controversy surrounding her picture-perfect look. While she has vehemently denied accusations of going under-the-knife, critics have been quick to claim that some of Jenner’s features have been cosmetically altered since her early days on Keeping Up With the Kardashians.

Whether it be a natural glow-up or the help of cosmetic surgery, there’s one thing we’re adamant of. Kendall is flawless. Take a look at the evidence below and decide for yourself.

Kendall debuted a fuller and plumper pout when she stepped out at the 75thAnnual Golden Globes in early 2018. Fans were almost certain that Jenner had enhanced her lips with cosmetic filler as they were visibly defined and more luscious than before. Yet Kenny’s plumped lips still look incredibly natural as the shape of her lips has been not been altered, indicating that only a minimal amount of filler was injected.

The bridge of Kendall’s nose appears more narrow and elongated than in previous years. Her nostrils also aren’t as wide as in the past, another sign attributed with rhinoplasty and not just the work of some creative contouring

Jenner’s cheekbones have more structure appear more angular and defined which suggests that they’ve been filled and lifted with cheek filler to give the illusion of higher cheekbones.

The Victoria’s Secret model raised eyebrows after a red carpet appearance in 2015 and had the internet convinced she had undergone surgery yet again – this time for a breast augmentation. Hollywood surgeon Dr. Neal Handel weighed in on the evidence and said that the extreme round appearance of Jenner’s breasts indicated that they have been enhanced with implants. “Natural breasts rarely have such a firm, round shape, unless supported by a bra – which is not the case with Kendall at the Met Gala.”