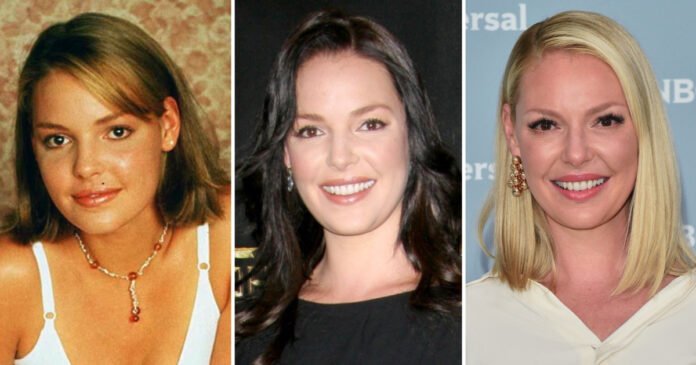 While Katherine Heigl is best known for her role as Izzie Stevens on Grey’s Anatomy, the Washington, D.C., native actually began working in Hollywood in the ’90s. Some of Katherine’s earliest projects include That Night, King of the Hill and Wish Upon a Star.

In 1999, the A-lister was cast as Isabel Evans in the WB’s hit series Roswell. Katherine was on the show until 2002 before Roswell was ultimately canceled. Thankfully, she snagged the part on Grey’s Anatomy three years later and the rest, as they say, is history!

Unsurprisingly, it didn’t take fans long to fall in love with the show. Katherine plays Tully Heart, a headstrong news-anchor-turned-talk-show-host who grew up in a broken home. As a teenager, Tully befriended the girl next door, Kate Mularkey (played by Sarah Chalke), and Firefly Lane follows their lives together all the way through adulthood.

Season 1, which includes 10 hour-long episodes, ended on a major cliffhanger. As it stands, Netflix has yet to greenlight a season 2. Prior to Firefly Lane, Katherine’s last notable role was as Samantha Wheeler on Suits in 2019. As a result, some viewers suggested she looked a lot different while playing Tully — ultimately sparking plastic surgery rumors. To date, Katherine has never addressed going under the knife for any cosmetic or plastic surgery procedures.

However, the proud parent, who shares children Nancy, Adalaide and Joshua with husband Josh Kelley, did reveal a fun fact about herself during a virtual appearance on The Drew Barrymore Show on February 10. “No one calls me Katherine. It sounds much more sophisticated, right? Like an adult named Katherine,” she explained, noting she prefers to be called Katie. “It helps me separate my work from me if that makes sense. I just had to embrace it.”

Scroll through the gallery below to see Katherine Heigl’s transformation over the years.