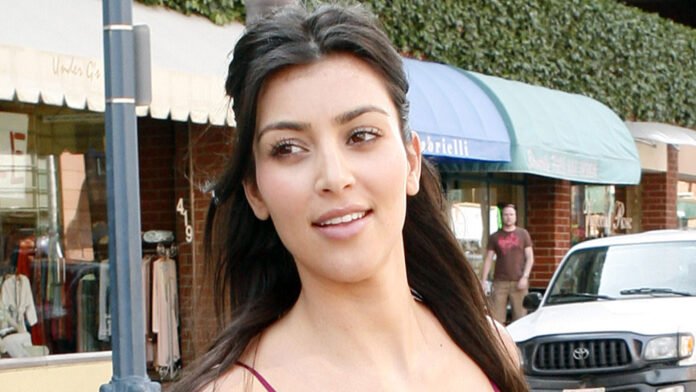 KARDASHIAN fans have been thinking that Kim looks “unrecognizable” as she shows off her real body in resurfaced pictures before her plastic surgery.

Kim has claimed she keeps things all-natural, although she has admitted to Botox and laser hair removal.

A fan posted several old photos of Kim, now 41, from her younger years on the platform and captioned it: “If I was born with that face and body, you couldn’t tell me nothing.”

They continued: “This girl hasn’t seen an ugly day in her life. She was breathtaking and had no reason to change her face and body.”

The photos included Kim sitting in the car on the phone, posing for birthday photos, and her running across the street in a paparazzi snap. 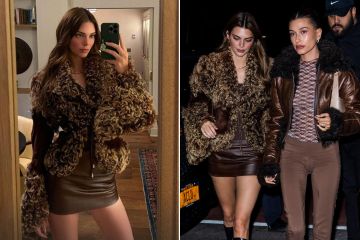 One fan commented: “I loved this era of Kim. But I don’t think this is her original face. I think she still had work done in these pictures.”

A second added: “Her original face’s smile is ethereal. Everything was so perfect and it’s really incomprehensible to imagine that she so intensely thought otherwise.”

A third said: “She was so pretty.”

Kim has denied getting any work on her breasts in the past, although back in March fans thought the star got a boob job.

The SKIMS founder went to her launch party back in March wearing a silver bikini top and matching skin-tight leggings, putting her curves on full display.

One user commented: “Did she do something different to her boobs?”

Another said: “They look overly plastic.”

A third agreed and suspected: “Implants and lift. This is not natural.”

A fourth went on to say: “Every picture I’ve seen of Kim lately makes her boobs look fake to me! Wonder if she had them redone recently! No hate intended, by the way.”

Finally, a fifth fan claimed: “I can promise you as a Kim adjacent aged person who has been pregnant multiple times like Kim, there’s no way those puppies are real.”

The same fan suspected: “I don’t know if it is silicone or she injected them with fat, but she did something. They’re way too full-looking.”

Kim has long denied going under the knife, however.

Fans have long wondered if the star has gotten plastic surgery procedures to maintain her figure.

Many have also thought the star has undergone a Brazilian butt lift, where fat is taken from another area of the body and injected into the backside.

However, Kim has also denied these rumors.

Kim has admitted to getting Botox in the past, but has denied ever getting a nose job.

Recently, The Kardashians star clapped back at her fans who claimed she had photoshopped out her belly button in a photo promoting SKIMS.

In the image, the E! star posed near a pool as she modeled the brand’s matching bra and underwear set.

She reponded to her “belly button insecutiries” and said: “Come on guys….Seriously! This is so dumb! Claiming I photoshopped out my belly button?”

The TV star also responded to claims that she edited her boyfriend Pete Davidson’s nose and jaw.

“Snatched to the point you guys thought I photoshopped it. He’s laughing in mid convo!”

After admitting to using “a grainy filter,” the TV personality added: “How can you photoshop a live photo? Asking for a friend?”

More recently, Kim’s fans claim they know the real reason why she has been addressing recent photoshop rumors as they spotted a “calculated” move.

Vice recently released an exposé about the crew behind the Kardashian Jenner Official Apps, which Whalerock Industries was hired to create them.

Jennifer Chan, a former senior editor, told the publication: “We had to sleep overnight [in the office] to make sure” that she had uploaded and edited all the content before the apps went live on the Apple App Store on September 2015.

“I think it was a Sunday, too. We just spent the night.”

Lina, a former app editor, added: “I wanted to make myself available at crazy hours and on the weekend because of who she was.

Ellen, a former employee of Kim’s KKW Beauty, accused the cosmetics brand of being “very exploitative.

“There was a general expectation that people were so lucky to be working for them that they knew that they could treat people like crap.”

Keeping Up With The Kardashians fans claimed that the reality star was addressing the photoshop rumors in order “to suppress a bigger story.”

One fan said: “They put out negative stuff that’s allowed to be talked about to hide the things that might actually be damaging. It’s a classic Hollywood PR strategy.”

Another fan wrote: “I thought her Instagram stories were off-putting and calculated, and this fully confirms that this family uses media as a tool to cover up their stakes.”

Another fan added: “The Kardashians could have stepped in at anytime and done something. That’s my issue.”

A fourth person chimed in: “It makes me sick thinking about the hours and hours of precious time and the amount of money she has wasted and everybody still is forced to waste.”