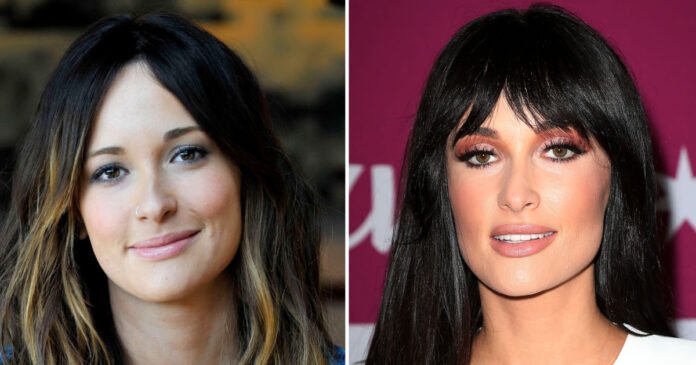 Whether you consider yourself a fan of country music or not, there’s a good chance you’ve heard a Kacey Musgraves song or two. After all, the Texas native released her very first demo album, Movin’ On, in 2002.

At the time, Kacey was just 13 years old! However, it was clear from the beginning she was destined for stardom. To date, Kacey has several impressive accolades under her belt, including a 2019 Grammy Award for Album of the Year for Golden Hour.

Now that Kacey is a member of the A-list, many aspects of her life are under a microscope, including her appearance. Over the years, there’s been a lot of speculation that the “Space Cowboy” artist underwent plastic surgery, namely a nose job. “Her nose just looks thinner and more refined than it used to and the only way to achieve this is through rhinoplasty,” Dr. Anthony Youn, who has never personally treated Kacey, told Radar Online in August 2020.

“She may have also undergone lip fillers recently, causing her lips to look a lot more plump than they once were,” Dr. Youn added. As it stands, Kacey has never commented on whether or not she’s gone under the knife or received any kind of cosmetic procedure.

That said, the “Slow Burn” singer isn’t opposed to opening up about her personal life. In September 2020, Kacey and her now-ex-husband, Ruston Kelly, reached a divorce settlement after three years of marriage. “It just simply didn’t work out. It’s nothing more than that,” she explained in her February 2021 cover story for Rolling Stone.

“It’s two people who love each other so much, but for so many reasons, it just didn’t work,” Kacey continued. “I mean, seasons change. Our season changed.” Additionally, the songwriter detailed how her split from Ruston changed her views on tying the knot moving forward.

“Part of me questions marriage as a whole, in general. I mean, I was open to it when it came into my life. I embraced it,” Kacey said. “I just have to tell myself I was brave to follow through on those feelings.”

Ultimately, she came to one healthy (and badass!) conclusion: “I think I live best by myself. I think it’s OK to realize that.”

Scroll through the gallery below to see Kacey Musgraves’ transformation over the years.