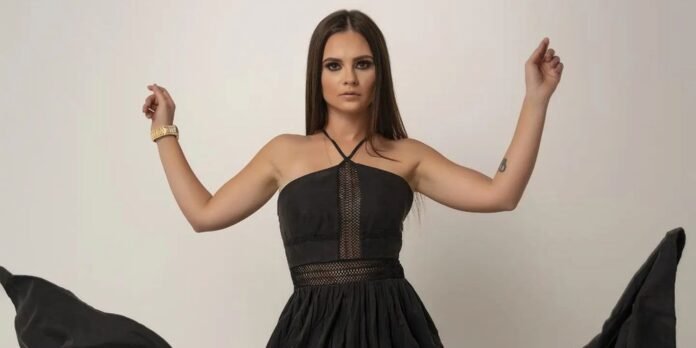 Julia Trubkina’s new photo on Instagram suggests she had a lip job. But the 90 Day Fiancé star clarifies she just looks different with makeup.

Former 90 Day Fiancé star Julia Trubkina refuted the plastic surgery rumors after fans accused her of getting work done on her face. The Russian reality star first appeared in season 8 with Brandon Gibbs and got popular for her funny one-liners. During the Tell-All, she talked about her views against plastic surgeries, which upset some of her 90 Day Fiancé co-stars. Julia said that people should practice self-love and accept their natural bodies instead of opting for cosmetic procedures. She also claimed that she has never had any work done, be it Botox or fillers.

Julia added that if someone wants to look beautiful, they should go to the gym and eat healthy food. 90 Day Fiancé stars Yara Zaya and Rebecca Parrott called out the Russian native’s judgmental opinions, but she didn’t budge. Later on, Julia shared a picture of her mother on Instagram to explain why she won’t ever need plastic surgery. She mentioned that her mother was pregnant three times and never tried Botox or makeup, but she still looks naturally beautiful. 90 Day Fiancé viewers were stunned to see how young Julia’s mother looked at the age of 50.

Since Julia is against plastic surgery, fans were shocked to see her latest Instagram picture, which suggested that she had work done. Her face looked thinner than usual, and her lips looked plumper. A fan page mommysaysbadwordstoo shared Julia’s photo with the caption, “Someone tell me this is photoshopped and she didn’t get work done.” An Instagram user commented, “She had work done. Looks like injections from this pic.” Many other 90 Day Fiancé viewers thought Julia had a lip job, but the 28-year-old reality star squashed the rumors by writing, “Neither is makeup and I pouted my lips like a duck for a photo. everything is just dear.”

While other reality stars don’t bother clearing the air and let the fans speculate, the former go-go dancer Julia came forward to defend herself. She added she indeed looks completely different after wearing makeup. Many 90 Day Fiancé fans like that Julia is comfortable in her own skin and doesn’t want to alter her natural looks. A fan wrote, “I hope you never do Botox or anything you don’t need it you’re very youthful very beautiful you have a beautiful figure don’t change anything about yourself.“

While many 90 Day Fiancé cast members are proud of their post-surgery bodies, Julia has courageously stated her opinion against cosmetic procedures and stuck by it. Her honest comments about natural beauty are a big reason fans adore her and want her to keep spreading the body-positivity message online. Still, a few fans think that after seeing so many reality stars experiment with their looks, Julia may also want to opt for Botox or fillers a few years down the line. Only time will tell whether or not the 90 Day Fiancé star will change her natural looks.

Next: 90 Day Fiancé: All The Clues Julia & Brandon Moved Back To The Farm

Neha Nathani is a Reality TV writer at Screen Rant, and she loves it! She has always been passionate about telling and writing stories. But when she isn’t writing, she plays with her cats or tries some new dance moves.