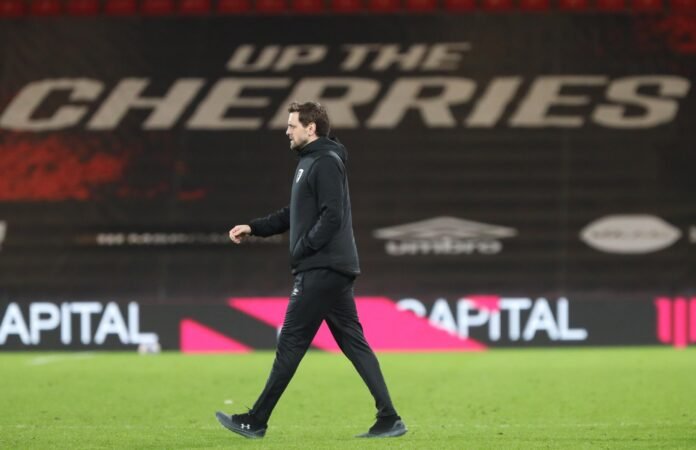 WHEN Jack Stacey was back out training on the grass with Cherries this week – there must have been a real sense of joy for head coach Jonathan Woodgate.

Rewind almost three weeks ago and Stacey was flying down the right flank to set up Sam Surridge’s opener against Burnley, on the way to equalling history for the club in the FA Cup.

But the former Luton man was swiftly withdrawn after 45 minutes at Turf Moor due to a thigh problem and has not been seen in action since.

“He got a thigh strain, we didn’t want to take any risks,” Woodgate told the Daily Echo, on the night the injury was sustained.

“Listen – I’m an expert on thigh injuries, let me tell you that.

“I didn’t want to risk him any longer.”

It was in fact a thigh problem that kept Woodgate out of action for spells during his time as a Galactico at Real Madrid.

He had signed for the Spanish giants in August 2004 from Newcastle for £13.4million – joining up with the likes of Raul, David Beckham, Roberto Carlos and Iker Casillas.

It is almost every footballer’s dream to play at that level. For Teessider Woodgate, he had made it a reality.

Woodgate recently revealed how he had “tried everything” to get back fit for the La Liga superstars – including even botox into his own leg in a bid to stop the muscle from moving.

“I had it in the deep lying muscle in my thigh, so they could really numb the sensation in that thigh muscle. I really didn’t know how it worked.

“They tried it, it didn’t work and I ended up having to get an operation on it.

“I kept on coming back too early. Every time I sprinted it would go and that was the problem with it.”

Woodgate would go on to play 14 times for Madrid before joining hometown club Middlesbrough on loan.

The Nunthorpe-born star insisted he felt the pain of a player now, when seeing them getting injured and forced to miss games.

But with Stacey well rested and ready to go, Woodgate hinted the defender could even be back from his respective thigh issue as soon as tonight.

The Dorset club make the trip to Bristol City in the Championship searching to enhance their chances of promotion back to the top flight (7.45pm).

“I am really pleased he is fit because the game against Burnley he played and he set up one of the goals,” said Woodgate. “He could have set up another one which was an identical move.

“He’s quick, he’s energetic, that’s what I want my full-backs to be.”