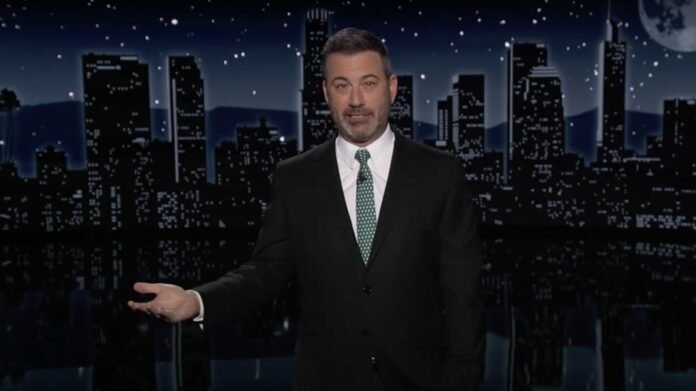 On Thursday night, the Jimmy Kimmel Live! host dedicated much of his monologue to riffing on the seizure of Russian oligarchs’ yachts and other assets, as well as how a number of companies are refusing to do business with Russia—thanks, of course, to Putin’s barbaric invasion of Ukraine, where he’s committed a number of war crimes, including bombing hospitals and residential areas and killing many civilians.

“Even pharmaceutical companies have stopped shipping non-essential drugs to Russia—including Abbvie, which is the company that makes Botox,” said Kimmel. “Which is interesting, because Vladimir Putin is widely rumored to use Botox. Without it, the fear is that he may wither and turn into this,” he added, before throwing to footage of Putin on a horse transforming into skin and bones.

Putin, of course, has long been rumored to use Botox in order to gain a more youthful appearance—along with having several cosmetic surgeries.

“While we don’t know for sure that Putin takes Botox shots, this photograph indicates that he absolutely, one hundred percent does,” cracked Kimmel, putting up a photo of a puffy-faced Putin. “Look at that face! Smooth as a baby’s gruel, isn’t it? Like a Real Housewife of Saint Petersburg.”

He continued: “What a weird time for Russians—their assets are frozen, but their foreheads are not.”